Do not show again [X]
By Danielle Braff   2014 December Finance 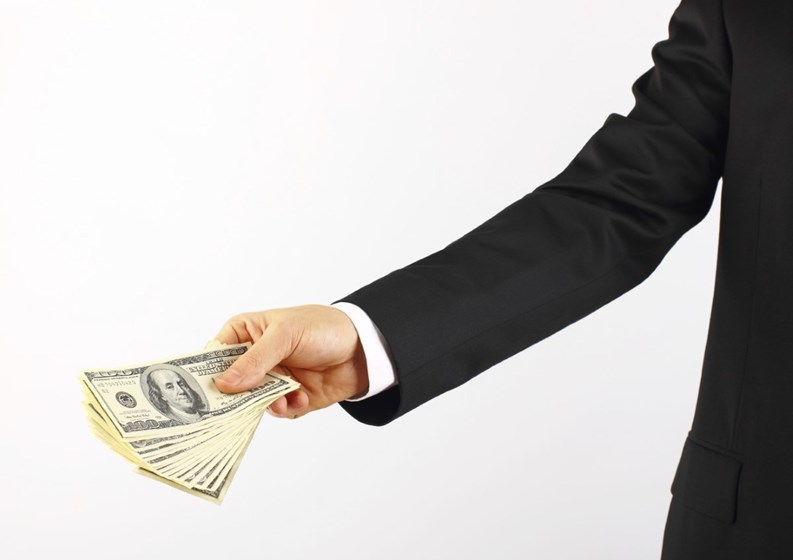 The slowly-ebbing recession that’s been going on in South Florida and across the nation since the mid-2000s has affected far more than home prices and mortgage rates; it also has a huge effect on monthly HOA fees.

The great majority of co-op and condo residents in the region pay their monthly maintenance—or HOA—fees on time and in full with no problem, but the financial crisis changed the picture drastically for many residents, and while the recession may be over, their buildings are still feeling the effects of late and missing maintenance payments, owners unable to pay special assessments, and so forth. This is to say nothing of shareholders or unit owners who withhold maintenance payments for the same reasons rental tenants withhold rent. They may feel that non-payment punishes the board or management for some shortcoming—real or perceived.

Having maintenance payments in arrears is a problem not just for the resident in question, however, but also for the whole building community but there are ways that boards and managers can help get non-paying residents back on track while being mindful of the hard times that many are feeling, and before resorting to collection agencies or legal action.

“You hear the whole gamut,” Evans says. “There are people who say that their property value decreased, so they decided that they were going to let the money go back to the bank, and there are others who just couldn’t pay. They thought that their property values were going back up.” Others find themselves in a situation where they could afford the unit but then couldn’t afford the assessments that went with it, Evans says.

Mitch Drimmer, vice president of business development for SNAP Collections, a national collections platform for community associations based in Miami, says that the number one reason he’s heard as to why condo and co-op owners stop paying their maintenance fees is because in the past five years, they bought homes with 0 percent interest, and they only budgeted for a certain amount. “As time passed by, their mortgages blew up, and they found that they hadn’t managed their family budgeting properly,” Drimmer says.

Others would buy a home for $500,000, for example, and then realize that their home was only worth $250,000. So they’d stop paying the bank on purpose—even if they could afford the home— in a dodgy maneuver finance pros call 'strategic default.' If they stopped paying the bank, they’d say to themselves, “Why should I pay my maintenance fees if I stopped paying the bank?” Drimmer explains. And, “They figured, ‘What are they going to do to me?”

When it comes to collecting monies owed, an HOA or co-op board has quite a few options, which is good—because nearly every board in Florida, let alone the entire country—is dealing with this problem to at least some degree.

“Just about every association deals with this to some extent,” says Evans, “and it’s rare that a building doesn’t have someone who isn’t delinquent.”

The problem takes different forms in different community demographics, however. For example, a building with older residents usually has someone not paying their assessments because the person is ill, or because their children have maxed out their inheritance and they have to take out a reverse mortgage, Evans says. In an investor-oriented building, the investor may go bankrupt.

Regardless of the reasons for the late or no-show fees, the board should take action, says Eric Miller, a broker associate at Keller Williams in Fort Lauderdale. “From a condo standpoint, I’m a firm believer that the minute somebody stops paying, the condo should foreclose—they should not wait one minute.”

The reason that the boards usually wait is because they're loathe to spend money on legal fees, but according to the professionals, the best thing for the board or for the management company to do is to start the foreclosure process on the unit, and at the same time to try to get the owner to cooperate on a short sale, Miller says. “If they’re ever going to short sale the unit, they’re going to need the owner’s cooperation.”

That’s why Miller always recommends to his clients that if they can’t pay their mortgage, that they should at least continue to pay their maintenance fees on time. “The condo association has a much easier time foreclosing, and they are going to come after you much quicker than your bank can,” he says. “If you can hire an attorney to defend the foreclosure action, they can do a lot to keep the bank away but they can’t do a lot to keep the building away.”

Another reason to move swiftly to nip arrears in the bud is the ethical one, Miller says. When someone doesn’t pay their maintenance fees, the rest of the building usually has to pick up the slack or else the building services will suffer because there won’t be enough money to pay the bills. “You are basically hurting your neighbors by not paying the fees,” he says. “You really should try to do the best you can for your community.” While Evans also encourages boards to make a move against owners who stop paying— he says that most boards wait 60-90 days before turning to an attorney, and he says that this action is totally up to the board.

Regardless of the grace period your HOA upholds, what is most important, Evans says, is treating everyone the same. A board can’t move to evict one owner because they don’t like him or want him evicted, while giving another owner 60 or 90 days to get caught up.

Evans says that once those first few months pass, make sure to do something rather than waiting until it’s too late. “It’s easier to help someone figure out a payment plan when they're $800 overdue than when they owe $5,000,” he says. “It’s easier for them to resolve it before it gets out of control.”

When the board is ready to take action, the first thing they should do the day after the grace period has expired is to send a courtesy letter to the delinquent property owner advising them that their payment has not been received, Drimmer says. He advises against phone calls because they may take you into uncertain territory where people litigate against the associations for various violations of the Fair Debt Collections Practices Act.

For example, if the president of the board calls an owner at home to advise them that the payment is late—and the teenage son or daughter of the owner answers, and the president asks the kid to pass along the message that the payment is late, and the kid is so upset by the call that he or she has a nervous breakdown—a lawsuit can ensue. “And I don’t want to be a part of that lawsuit,” Drimmer says. “Telephone calls and leaving messages are a bad idea.”

Instead, he says, send a certified letter in a closed, sealed envelope addressed to the owner (a postcard is a violation of privacy) saying that they’ve missed their payment, and they owe money within a specific date. If they miss their next payment, send them another certified letter and let them know that if a payment isn’t received within 30 days, that the matter will be taken to a collections agency. The third step is sending them to a collections agency of your choice.

Stick to the Plan

No matter what, the board must have a strategy. “If they feel that they can lien and foreclose on the unit and rent it out to recover the lost money, they should go to an attorney,” Drimmer says. “Sometimes, it’s effective.”

Or, the association can hire a collections company. These are merit-based and will attempt to take many steps to collect the money without charging the association. “They place the burden on the delinquent property owner,” Drimmer says.

While collections agencies have gotten a bad reputation in the past, the federal government created the Fair Debt Collection Practices Act—commonly known as the FDCPA— to stop collection agencies from abusive tactics. “People used to get calls from people at 3 a.m., who would threaten them, and would pose as law enforcement, and would tell them that they would go to jail,” Drimmer says. “Now, collectors are highly regulated in how they speak and write to people.”

Other recent rules, such as the Telephone Consumer Protection Act, which relates to outbound calls from the collection agencies, also keep the process civil and regulated.

“We will reach out to delinquent owners and with respect and dignity work with them to get on track again,” Drimmer says. “We also advise them of what the continued consequences of non-payment will be.”

Before hiring a collection agency, Drimmer says, make sure they are licensed and have insurance for violations of the FDCPA.

If the owner who stopped paying agrees to a payment plan, Evans recommends that the boards stick with a payment plan that’s 12 months or less. In some rare cases, it makes sense to go to 18 months, but Evans encourages the 12-month payment plan that’s fair to everyone involved. “It gets tough if you wait until the balance is really big,” he says.

That balance should include the late fees, in addition to the accumulated balance.

As stated above, the most important thing to do is to do something, Drimmer says, and to establish this ahead of time. “Boards of directors many times do not have a uniform collections policy, which is one of the very first things that they should adopt, put into the minutes and bylaws,” he says. “They always need to treat all members of the association equally.”

If they don’t, it becomes a civil rights violation, and the board will have even more problems on their hands—in addition to the surmounting costs of dealing with an owner who isn’t paying his maintenance fees.

Danielle Braff is a freelance writer and a frequent contributor to The South Florida Cooperator.

Sheila Schaberick on Tapping Reserves in a Time of Financial Crisis:
Information on work rules especially during the High Season in Florida
Skip Pope on Pay Up!:
I have at least 4 canceled checks from 3 years ago which have cleared the bank yet are not included on the ledger of homeowners association…
mavis gellerman on Money Talks:
I have a question not a comment. At the end of the month if my condo is lucky there is often a balance. Which in the past has just been ca…
Larry A on In The Black:
FS 718 defines common surplus as the excess revenue over expense. FS 718 also defines the excess revenue as the owners money. For budgeting…
George Petrello on Budgeting and the Bottom Line:
I believe examining the external environment during every year's budget planning process is an important factor as well. For example: what i…