Do not show again [X]
By Debra A. Estock   2013 September Community Building 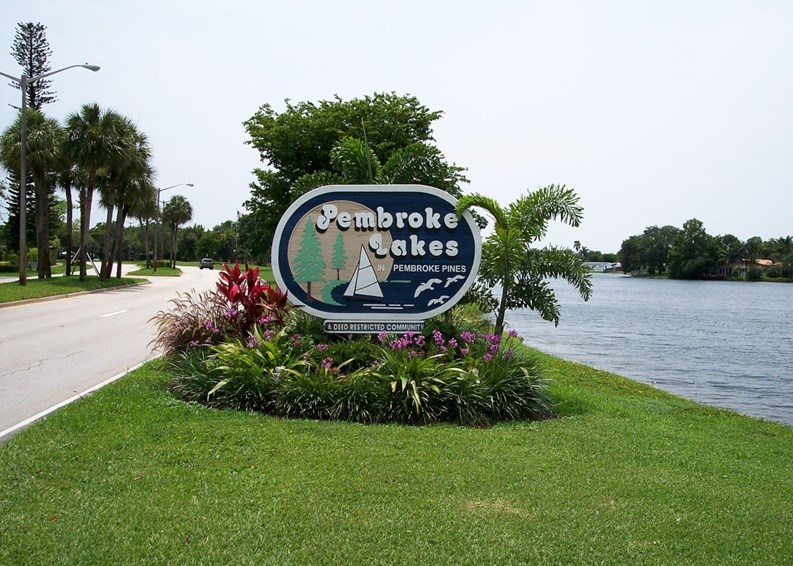 Pembroke Pines, the second most populous city in Broward County, and tenth most populous in Florida, grew up around agricultural land once occupied by dairy farms.

Progressive in nature, today’s Pembroke Pines consists of a mix of single-family homes, condominiums, townhomes, and apartment-styled units. The city grew rapidly from its humble agricultural beginnings to house over 157,000 residents.

Pembroke Pines won the National Civic League's coveted "All-America City Award" in 2004 and was a finalist community in 2003. The community also received an "outstanding achievement award" in the "2005 City Livability Awards" Program, sponsored by the U.S. Conference of Mayors. It also received its second designation from BusinessWeek as the top Florida community in which to raise your kids in 2010.

What’s in a Name?

Pembroke Pines was incorporated in 1960. That occurred, according to city historian Gerry Witoshynsky, when 98% of 425 voters cast “yes” votes in Ernon Day’s carport, which served as the first election venue. The less than a square mile property making up the town spanned between Pembroke Road (south), then Hollywood Boulevard (north), SW 72 Avenue (west) and the Florida Turnpike (east). Dr. Walter Seth Kipnis, according to Witoshynsky, was the first mayor, who presided over a seven-member council Board of Aldermen.

The name Pembroke Pines was derived from its location along Pembroke Road, and the many pine trees found in the area. The name Pembroke, however, dates back even further, and may have originated with an early landowner from Britain, who was known as the Earl of Pembroke.

As in many other Florida communities, Native Americans were the first inhabitants. Skeletal remains of animal hunters dating back about 10,000 years were found around Broward County, suggesting that perhaps human beings had lived in the area even earlier.

The town started as agricultural land occupied by dairy farms and grew after World War II as retiring servicemen were looking for a place to settle down. In 1943, pioneer dairy farmer Henry D. Perry turned over 640 acres to the U.S. Navy for a flight-training field between Pembroke Road and Hollywood Boulevard—this became North Perry Field. After World War II, the airport was deeded to Broward County by the U.S. Navy for small plane use. Two residential subdivisions were formed, the second being large tracts of the Waldrep Dairy Farm, and the area was named Pembroke Pines. One of the first homes in the “Village of Pembroke Pines” belonged to Dr. and Mrs. Kipnis. City services were added in the 1960's with the building of the first fire department building near North Perry Airport.

University Drive, however, was the western edge of habitable land for residents. The city was blocked from westward expansion by the airport and the South Florida State Hospital to its west. Developer Joseph LaCroix agreed to have his 320 acres north of Pines Boulevard and east of the Davie Road Extension annexed into the city, and this gave the town a perfect pathway for western expansion. In 1980, the largest piece of property from Flamingo Road to US 27 was also annexed, according to Witoshynsky, which doubled the city’s size. The annexation included the county’s C.B. Smith Park at Pines Boulevard and Flamingo Road, and a few other now-defunct landmarks. At this time, I-75 was also extended through the city.

A growing city also set aside property for parks and recreation. Several recreation centers allowed indoor activities and classes, such as art and music at Fletcher Park, and the city built special rinks for roller hockey.

The city’s rapid population growth in the mid- to late-1990's was partly the effect of Hurricane Andrew in 1992. Thousands of displaced southern Miami-Dade County residents moved northward to Broward County, many settling in the new subdivisions in Pembroke Pines. In 1999, the city ranked third among the “fastest-growing” cities in the U.S., and in the fifteen years prior to 2005, the city’s population grew 126 percent taxing city services.

New schools needed to be built to accommodate the new residents. In 2003, Charles W. Flanagan High School had close to 6,000 students, making it the most populated high school in the Sunshine State. In response to Broward County's need to meet demands, Mayor Alex Fekete and City Manager Charles Dodge started a charter school system, which as of 2006 was the largest in the county. The city is also home to campuses for Broward Community College and Florida International University. The city's population soared from 65,452 in 1990 to 157,594 in 2011.

Hurricanes have also left their mark. In 1999, Hurricane Irene dumped up to 16 inches of rain in the city, and in 2004, Hurricane Frances and Jeanne passed to the north but brought tropical storm-force winds and left minor tree and shrub damage. Hurricane Wilma brought huge wind gusts, left the city without power for days, closed schools for weeks and damaged landscaping throughout.

Notable residents include many athletes and rappers. Hall of Fame football player Lawrence Taylor, Boston Red Sox catcher Mike Napoli. Forner MLB player Manny Ramirez and former NBA player Kenny Anderson are current residents. The city also has many arts and crafts festivals and cultural fairs, including an annual Arts & Crafts Festival in the Pines, now in its 16th year. Not only is Pembroke Pines a great place to visit, it’s an even better place to live.

Debra A. Estock is managing editor of The South Florida Cooperator.