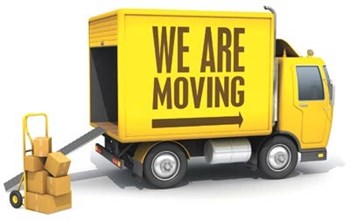 As housing markets in many parts of the country—including South Florida—have foundered, many developers have opted to convert portions of communities  originally intended to be condominiums into rental properties.

When a development with no owner-occupied units converts to rental, it's not  such a big deal—after all, no units sold means no unit owners are affected. But sometimes,  rental conversions take place in buildings where a handful or more units have  been purchased—meaning that new unit owners are living side-by-side with rental tenants, or  that unit owners are renting out their apartments as income properties. In both  scenarios, inter-residential relations in a mixed community can become  complicated. The growing numbers of renters in South Florida’s condo buildings and HOAs present these communities with challenges—but also opportunities. There’s a lot at stake, since having a fully occupied community keeps property values  up and maintenance fees low.

Financially speaking, rental tenants don’t have the same level of investment in the unit they call home as owners do in  real property they’ve bought. This doesn’t mean that all—or even most—renters are going to be irresponsible, or that renters aren't interested in the  upkeep and well-being of their apartments. But the perception of differences  between the two types of residents lingers, and can be a source of friction  between building residents, board members and property managers.

But mixed communities with many owners and renters together is a market reality—and buying into or living in such a community needn’t be a big gamble. Providing they know how to plan for and react to different  situations, unit owners and board members can successfully manage the  owner/renter dynamic. And when a community has clearly defined policies on  renters, as well as open communication and community-building events for all  residents, conflicts can be eased or altogether prevented.

Economic pressures are changing many communities from what they once were or  from what they were intended to be into something new. Due to the recession,  the glut of units on the market has meant that many South Florida condominium  buildings have had to either adopt a total rental strategy or partial rental  strategy to get units occupied and offset maintenance costs.

Across the Sunshine State, thousands of units have been converted and are being  converted to rental, experts say.

“You’ve got a lot of fractured projects out there and in many cases, the rental  policies [of the community] have recently changed,” says Jack McCabe, owner of McCabe Research, a Deerfield Beach real estate  consultant. The majority of condo purchases in the state during the past 18  months have been made by foreign investors who bought the units to rent out and  sell them at a profit later, McCabe says.

There’s no question that having rental tenants in a co-op or condo community affects a  building’s profile with lenders and buyers, but so does having many unsold or empty units  in the community. Fannie Mae and others have passed rules stipulating that they  won’t give a loan to a unit owner of any building that has more than 30 percent  renters.

Still, with more than 10,000 condo associations in the state, mass vacancies in  partly filled communities and the many defaulted units empty have left  associations with few choices to recover losses and stabilize faltering  buildings. Boards of wise associations took title to many of the defaulted  units in their buildings and rented them out, says Mitch Drimmer, a licensed  community association manager for Association Financial Services, in Miami. “Those who weren’t so smart were those who were afraid of being landlords,” he says.

Increasing numbers of people are choosing to rent rather than buy a home because  of the potential loss of property values and the financial risk involved in  buying. Others have been forced to rent due to loss of their home. These and  other factors have affected the local economy so that the rental market is now  hot. For many communities and owners these days, it makes the best sense to  rent out units, since there is so much demand for rentals and far less demand  from people wanting to buy condos.

“We overbuilt condos from 2002 to 2006 and we had very little apartment  development in the past few years,” McCabe says. “Now many apartments are being offered as rental apartments, helping the  apartment inventory. But we’re at a point where occupation rates are very high, due to renters, It’s positive in that the units are being occupied now.”

Legally speaking, what’s involved in changing a community from condo to rental or to partial rental is  based upon the community’s governing documents. Depending upon the wording of the condo association’s covenants, such a change in the community might require a vote of the  homeowners, with two-thirds of them approving the change of the organizational  structure to rental. In other communities, the bar for such a transition is  much, much higher.

Whatever the requisite vote is, moving forward with a new community makeup  requires some careful planning.

Protecting the developer and/or owner’s investment in the building is primary. And partly because the way such  residential changes take place varies from community to community, engendering  understanding among the residents also is crucial for success. Such  understanding begins with everyone knowing about the change. For communities  that are transitioning to partial rental, board members might want to consider  a publicity campaign to inform residents of what is going on and what the  change means to them. The campaign could include a letter sent to all residents  about the change, a notice posted on community bulletin boards or in the  community’s newsletter, and organizing events meant to bring tenants and owners together  to mingle.

Transparency is important, with residents knowing who is responsible for the  leased units. Rental tenants in a co-op or condo building may pay their rent to  the association, to the developer, or to a unit owner from whom they rent. And  due to a 2010 amendment to the Florida Condo Act, associations can collect rent  directly from the rental tenant when the owner doesn’t meet his or her financial obligations to the condo association. Though this  new dictum burns many deadbeat unit owners, who are behind in their association  fees, the amendment also protects renters, by prohibiting owners from evicting  tenants for complying with the law.

In many cases, the rights of renters are comparable to those of owners in a  community. Usually, a renter enjoys the same rights to use a community’s laundry rooms, gyms and other facilities as an owner. That is, unless there’s a reservation stipulated in the lease regarding, say, access to a boat slip,  says Roberto C. Blanch, a partner with the law firm of Siegfried, Rivera,  Lerner, De La Torre and Sobel, P.A.

But if the renter is leasing from a unit owner, who is behind in their HOA  payments, the renter could suffer the consequences of not being allowed to use  the facilities, based upon the owner’s delinquency.

Generally speaking, renters have no voting rights in a community, and sometimes  don’t even have the right to attend association board meetings. An individual unit  owner can confer his or her right to vote to the renter, but usually a renter  has no say-so in the community’s governance.

The day-to-day concerns of the rental tenants in a co-op or condo building can  be handled by a variety of entities. If the association is renting the unit,  the property manager will handle the renter’s concerns. If an individual unit owner is renting out the apartment, that owner  would take care of issues with the apartment.

In the case of some communities in which a developer has bought a number of  units, sometimes these developers set up a leasing agent office to handle the  rentals in the community. In these scenarios, employees of that office address  the concerns of renters. Cooperation is typically the biggest obstacle to  inter-community conflicts.

Because of the varying lifestyles in South Florida, members of some associations  sometimes have an “us versus them” mentality, according to Drimmer. “In Florida, you have people who live there year-round, who do not believe the  renters are part of the community,” he says. “Renters may be perceived as not having an equal stake.”

Whether or not the perception is true, it doesn’t need to hamper inter-residential relations, since most differences among  neighbors come and go.

The most common problems and complaints arising with rental tenants in co-op and  condo buildings are minor annoyances. Usually, complaints from other residents  regarding renters are about excessive noise, or about the renter not keeping  his or her unit clean. Sometimes people have problems with noise from a renter’s dog, or with more people staying in the apartment than are permitted.

“There are usually restrictions on what a renter can and cannot do. If they’re in violation of the bylaws and covenants, [the covenant] usually spells out  what can be done to rectify the situation,” McCabe says.

Sometimes, the essence of any problem between residents is residents’ own perceptions. While many home-owning residents of Florida co-op and condo  communities see renters as people who are more prone to violate community  rules, it may not actually be true.

“I really haven’t seen a difference between tenants and owners when it comes to violation of the  rules, damage to property, or pets, for instance,” Blanch says. “There’s always the presumption that tenants don’t obey the rules, but I don’t see a difference. A lot of communities benefit from having these tenants.”

Board members and property managers can work towards harmony in the community by  keeping the lines of communication between residents and management open. They  also can organize get-togethers for everyone in the community, such as cocktail  hours and barbecues around the pool, or “Welcome Home Snowbird” parties to greet the part-time residents when they come back to town.

“In most of these cases renters are there, so you’re going to have to make the situation work,” Blanch says. “I would encourage some kind of board involvement and community events, so there’s a sense of community whether you’re an owner or renter.”

McCabe agrees, noting that part of the issue is people simply feeling  comfortable to talk to each other. “Do things to get the owners and renters involved socially so they become friends  and communicate,” he says.

Renters and unit owners alike can help themselves in building a better community  by attending association board meetings, which many communities allow renters  to attend. In some cases, renters are allowed to speak at such meetings.  Residents also can inform themselves about their new mixed community by  availing themselves of the opportunities to learn more about community  government through such organizations as the Community Associations Institute  (CAI), of which several Florida chapters exist. In many newspapers, attorneys  write advice columns about condo and association laws. And as always, there’s a plethora of information on the subject available online.

Jonathan Barnes is a freelance writer and a frequent contributor to The South  Florida Cooperator.