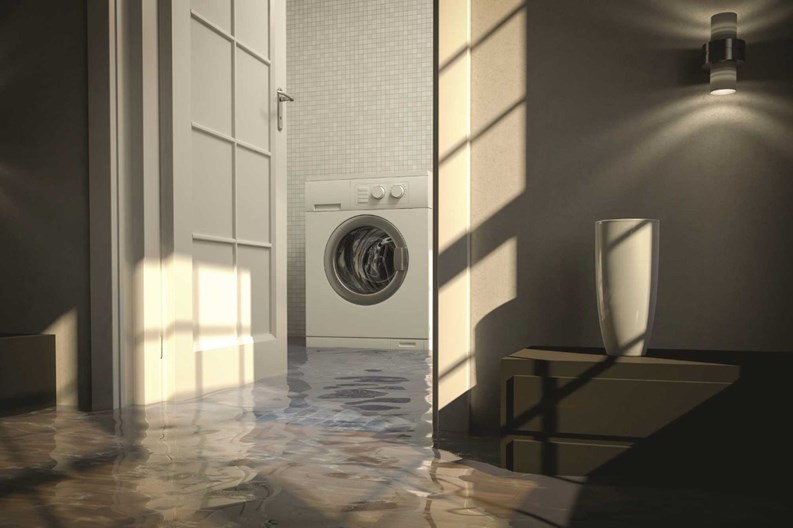 When is a flood not a flood? That’s a serious question for southeast Florida’s residential communities. Even if they have flood insurance, damage caused by heavy rains and backed-up sewers may not meet the National Flood Insurance Program (NFIP) definition of a flood—and that can mean financial devastation for condo or co-op owners who thought they were fully covered.

By those metrics, “If a broken pipe caused the backup of water into an apartment, it’s not a flooding event and would not be covered,” explains Thomas A. Cook, Jr., a senior vice president in the West Palm Beach office of Brown & Brown Insurance, Inc., one of the world’s 10 largest insurance intermediaries. “A broken water or sewer main could cause a flood, but it has to affect you and at least one other property, or encompass at least a two-acre area.”

“When you have a sump pump, septic tank, or sewer that fails to function and backs up into your living quarters, that’s insurable through homeowners’ insurance,” adds Scott McGinness, vice president of Gregory & Appel Insurance, whose company serves clients in Florida. “Check carefully with your carrier,” he advises. “Some include it, some don’t. Some set up a sub-limit. You may have to ask for that coverage—and pay extra for it—but normally it’s available.”

In Florida, the Gulf Coast region and the Keys are most susceptible to coastal flooding due to their flat, shallow shoreline. “The mean flood level could inundate some of the Keys altogether,” Cook says. In southeast Florida, “Everything east of Biscayne Bay is at risk.” That includes Miami Beach, the barrier islands up the coast through Sunny Isles Beach and beyond, and low-lying coastal sections of Hollywood.

Portions of Miami Beach routinely are awash when the sun and moon align to produce “astronomical” high tides (a wider than usual range between high and low tide), driving water from Biscayne Bay up through storm sewers to flood Alton Road, Bay Road, and other streets near the bay. Water from these events typically doesn’t rise high enough to flood dwellings, but an astronomical high tide could combine with a hurricane storm surge to increase the impact of flooding on the condominiums and other residences near the bay.

“Storm surge is not the whole story by any stretch,” Cook says. “Hurricanes are infrequent events, but heavy rains happen every summer. Overflow of lakes and canals has been a significant issue. The Sunny Isles area has some ocean flooding, but more from overflow accompanying a heavy rain event.”

In Palm Beach County, Cook says “The Lake Worth Drainage District opens the locks to drain water out of Lake Okeechobee, and tidewater backs up into coastal marshes, jamming the mouth of the inlets. The overflow backs up through the canals and drainage system to the retention ponds built by developers. Then it has nowhere to go.”

Cook faults developers for reconfiguring large swatches of land on the margin of the Everglades to build homes, townhouses, and golf courses, disrupting natural drainage patterns and creating areas prone to major flooding. In one such community, he says “The whole area was so badly flooded during Hurricane Wilma [in 2005] that you couldn’t see the streets. With an overflowing canal running along the side of the development, there was no way you were going to leave. It was a result of poor drainage when the developer created that community.”

Federal flood maps reflect both coastal and inland flooding concerns. Lenders typically require flood insurance in special flood hazard area zones: A, AE, AH, AO, A99, and AR. In zones B, C, and X, the risk is considered 'low to moderate,' so lenders typically don’t require flood coverage—unless the property being insured is directly adjacent to a high-risk zone.

To find out what zone your property is in, visit the Federal Emergency Management Agency (FEMA) Map Service Center at www.msc.fema.gov and type in your address. Be forewarned, however; the website is clunky and cumbersome, and getting your info may require some patience. Also, “Flood zones change all the time,” notes McGinness, so you may want to recheck it periodically.

After several disastrous Mississippi River floods led most private-sector insurance companies to abandon flood coverage, Congress created the NFIP in 1968. Today the NFIP is part of FEMA, which in turn is part of the Department of Homeland Security.

The NFIP provides insurance coverage to 5.5 million properties in flood-prone regions throughout the U.S. In an average year, the program is supposed to take in enough money to cover its flood claims, but major disasters—including Hurricane Katrina in 2005 and Superstorm Sandy in 2012—have left the NFIP $25 billion in debt to the U.S. Treasury.

Two years ago, Congress passed the Biggert-Waters Flood Insurance Reform Act of 2012 (BW-12), which would have increased premiums in four annual giant steps to reach an actuarially-sound level. Single-family homes began to be affected in 2013. New maps going into effect in the next few years will place some residential communities into a special flood hazard zone with a much higher premium.

When affected individuals and groups realized the impact the BW-12-mandated premium increases would have, they complained to their congressional representatives. The lawmakers responded by enacting the Homeowner Flood Insurance Affordability Act of 2013, which President Barack Obama signed into law on March 24, 2014. By repealing the most onerous provisions of BW-12, the new law will slow the rise in premiums, giving property-owners more time to adjust while delaying the attainment of full actuarial soundness.

If your condominium is in a special flood hazard area, your board has a fiduciary obligation to buy flood insurance on the structure, and also on the contents of the common areas such as offices, meeting rooms, and game rooms. Elsewhere, it isn’t a bad idea. According to Worters, twenty-five percent of all NFIP flood claims are for homes outside of high-risk zones.

In a cooperative, a corporation owns the buildings and land, while the stockholders have a proprietary lease on their living quarters. The bylaws should specify the corporation’s responsibility to insure the building.

Condos and co-ops buy a Residential Condominium Building Association Policy (RCBAP). Individual condo owners and co-op stockholders may buy flood insurance for their own furniture, fixtures, equipment, and any additions or alterations they make at their own expense to the interior of their own condo or leased co-op unit.

Lenders may require individual owners on upper floors to buy flood insurance, but it shouldn’t cost very much. “The higher up they are, the less exposure they have, and the lower their premium should be,” McGinness says. After a flood, upper floors may remain habitable—unless the first and second floors wash away, causing the entire structure to tumble down. Even without such a collapse, plumbing and electrical equipment (panels and wiring) can be severely damaged, particularly if salt water is involved, necessitating their replacement several floors above the level of the flood.

As premiums rise, some condo associations and co-op corporations may consider dropping flood insurance. “That’s very risky,” says Cook. “If the condo owners or co-op stockholders win a lawsuit over a special assessment for uninsured flood damage, the directors and officers insurance probably won’t pay the judgment, which means the board members or corporate officers will be personally liable.”

Cook says a homeowners’ association typically would insure only its community’s common elements, such as a clubhouse, pool house, and equipment shed. The covenants or bylaws would stipulate an individual homeowner member’s responsibility for his own residence. If it’s a freestanding structure, a duplex, or a triplex, he would buy his own flood insurance. In a larger structure with a single policy, all the residents would divide the premium cost.

Time was, in a residential co-op with more than five units, the maximum amount of NFIP coverage available was $250,000 on the building and another $250,000 on the contents of the common areas. On June 1, 2014 however, those limits increased to $500,000. But “That’s not likely to get them very far. Most need to look at purchasing excess coverage,” McGinness says.

Condos have their own set of rules. “The limit available from the NFIP is at least 80 percent of the full replacement cost, or $250,000 per unit, whichever is less,” McGinness says. Thus, a 10-unit condo could buy up to $2.5 million from NFIP.

Excess coverage is available from several private specialty carriers, including Lexington Insurance Company and Lloyds of London. Some will offer it in Zone A with a $250,000 deductible, so you would buy the first layer from NFIP and the private insurer will pick up the excess. If you’re not in Zone A, several private insurers might offer first-dollar flood coverage in competition with NFIP. Their rates can be competitive. Some private insurers even include flood coverage as an endorsement in an overall package designed especially for condo associations.

George Leposky is a freelance writer and editor living in Miami, Florida, and is a frequent contributor to The South Florida Cooperator.

Rita Honan on Meetings 101:
Hi, I read your pages on AGM and Board meetings but nothing states if a non-unit owner (e.g. a renter) can attend either or both of these me…
Douglas Glass on Keep it Above Board:
Our CDD is relatively new and has 6 retention ponds to collect rain water. The last pond was partially built and town homes were constructe…
Kwong on Keep it Above Board:
Can a board member of condo association be hired as an associate property mgr for the condo? Must they resign from the BOD in order to be…
Kay on Keep it Above Board:
Is it legal for a non profit hoa board to hire a For profit Management Company that is directly owned by the lawyers used to litigate the…
Rodney Rodriguez on Keep it Above Board:
Is it a conflict of interest when the HOA’s president is an employee of our HOA property management company? I am sure the answer is yes,…