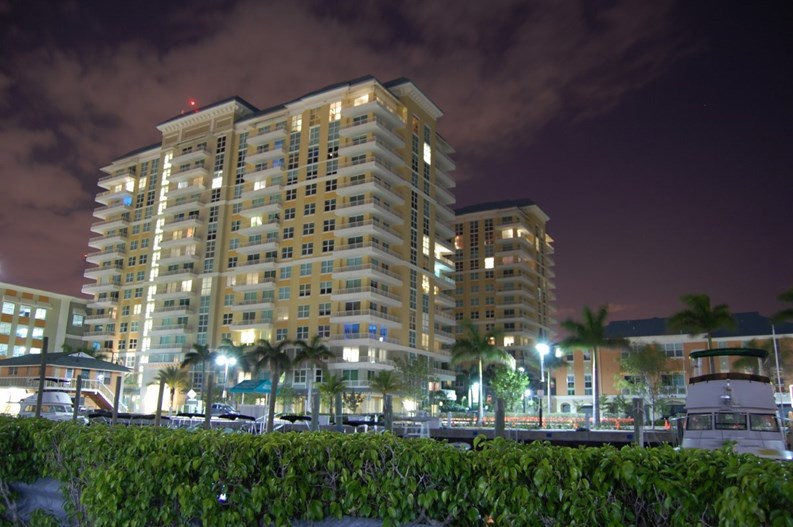 With sunny skies, warm temperatures and an ideal location along the Atlantic  Coast, adjacent to the Intracoastal Waterway, tourists are flocking to Boynton  Beach by the droves.

Boynton is located only fifty miles north of Miami in Palm Beach County on  Florida’s famed Gold Coast. The Gold Coast, named after gold coins, chains and other treasures salvaged from  shipwrecks off its coastline, not for its residents’ tanned, sun-kissed skin, is becoming an increasingly popular destination.

In spite of the city’s name, Boynton Beach, has no beachfront and is located across the Intracoastal  Waterway from the oceanfront municipalities of Ocean Ridge and Briny Breezes.  The town’s motto is “The Gateway to the Gulf Stream,” because of its close proximity to the Atlantic Gulf Stream (a powerful, warm  and swift Atlantic Ocean current) that follows the eastern coastlines of the  United States.

The Birth of Boynton

Namesake Nathan Smith Boynton was born June 23, 1837 in Port Huron, Michigan.  After graduating high school, Boynton worked in Cincinnati, New Orleans and St.  Louis as a farmer’s work hand, grocery store clerk, buggy-whip manufacturer and carpenter. Along  the way Boynton married and had six children. In 1860, he named his first son  Charles Lincoln Boynton. The middle name was in honor of the country’s newly elected president, whose strong anti-slavery position mirrored his own  views.

The following year, at the onset of the Civil War, Boynton left his wife and  child to enlist as a private in the Eight Michigan Calvary of the Union Army  where he quickly rose through the ranks. When the Civil War ended in 1865,  Boynton returned to Port Huron, Michigan as a major and Civil War hero.

In Port Huron, Boynton became editor and publisher of the Port Huron Press, was  elected mayor three times, served in the state Legislature, invented the  Boynton fire escape and the Boynton hook and ladder fire truck.

In 1883, Boynton’s health began to deteriorate. Eleven years later at the urging of his doctor, Boynton and his pal, Congressman  William S. Linton, traveled to Florida in search of a sunny retreat from harsh  Michigan winters which was taking a toll on his health. The pair set sail down  the newly dredged Florida East Coast Canal (The Intracoastal) in search of a  sunny, getaway, preferably a tropical paradise with year-round sunshine and  pristine beaches.

When Boynton reached an area near present-day Ocean Avenue, he pointed and said “I’ll take this,” to Linton. Shortly after, Boynton purchased 500 acres of land, and a mile stretch of ocean  frontage, for $25 an acre. Boynton was awed by the area’s natural beauty, glistening beaches and population of 50 residents.

The following year in 1895 Boynton began construction on what would become the  famed Boynton Beach Hotel, with the intention of it serving as his family’s winter residence.

The hotel’s construction put the area on the map, and employed an influx of workers who  would later settle in the area and farm tomatoes, pineapples, mangoes, citrus  fruit, peppers, beans and cabbage that thrived in the area’s fertile climate.

When the majestic, massive complex opened in 1897 it consisted of a main  building, an annex and five cottages that could accommodate 100 guests. Several  months prior to the hotel’s opening Henry Flager’s East Coast Railroad reached Delray Beach. To reach the hotel, visitors would  cross the Florida East Coast Canal in a hand-pulled barge, then walk a short  distance to the hotel.

Since there was no road from the hotel to the train station, Boynton built one  (later named Ocean Avenue) out of shell rock. Boynton would later purchase an  adjacent thirty acres and convert the land into a citrus and vegetable grove to  feed his visitors. Seminole Indians provided the hotel with local venison, turkey, quail and duck.

Nathaniel Boynton died in 1911 but the Boynton Beach Hotel prospered for  twenty-eight years, particularly during the popular winter season, as many of  the same guests returned year after year.

Boynton Beach was originally incorporated in 1920 as the Town of Boynton. A  large chunk of the hotel was torn down in 1925 with the intention of building a  larger, more majestic one. The larger hotel was never built because of a major hurricane that hit the area  in 1926. The category 4 hurricane devastated Boynton Beach as well as the  entire Atlantic Coast of Florida and Miami and put an official end to the state’s 1920 land boom. It also pushed the area on to an early start of the Great  Depression.

Hurricane Wilma hit Boynton in 2005 causing widespread property damage and the  town has also been hit particularly hard by the foreclosure crisis. As of 2010, nearly one fifth of the city’s households were vacant. Trulia.com lists condos on the market from a low of  about $19,000 to upwards of $369,000.

Despite the precarious housing situation, tourists still come to Boynton Beach  to take advantage of numerous package deals and bargains in its luxury resorts,  particularly from May through October. The area is also conveniently accessible  to the I-95 interstate and the Florida Turnpike, which makes commuting to the  Palm Beach International Airport or the Fort Lauderdale International Airport a  breeze.

Christy Smith-Sloman is a staff writer for The South Florida Cooperator and  other publications.