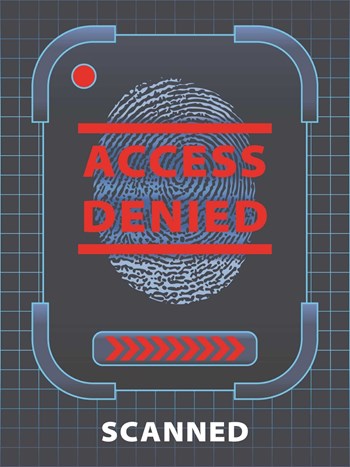 By and large, a board and management company can expect payment from residents  for monthly fees to be received on time and in full. These all-important funds  keep day-to-day operations moving forward without delay. There are situations,  however, that arise which can offset the balance sheet. Circumstances run the  gamut but in the end, monies that can’t be collected end up costing a whole lot more than the losses they represent.

“Most owners stop paying their assessments because the value of their home is  less than what they paid or owe on the mortgage,” says Adam P. Freedman, principal at JKM Services, a consulting firm that  specializes in real estate management and receivership services.

While in some cases failure to pay might be linked to logical reasons such as a  person lost their job or became ill, often times a reason is not provided. “People have a tendency to slide off the landscape,” says Steven J. Weil, PhD, EA, LCAM and president of Royale Management Services  in Fort Lauderdale. “They don’t call up and say I’m not going to pay, they just stop paying.”

At the beginning of the year, Florida’s unemployment rate hovered around 10 percent. With more people remaining out of  work or losing their jobs, the ability to make monthly payments above and  beyond the necessities becomes a significant problem for many. “In some cases, people will wait until they are foreclosed upon and then move  elsewhere and perhaps rent, but they don’t tell you that is what they are doing (obviously),” says Jay Steven Levine, attorney and founder of JSL Law Group.

There are certain circumstances when a resident will withhold payment due to  unresolved issues or feelings of entitlement. “If a property is under water and there is no equity, investors will use that as  an excuse not to make payments,” says Levine. “Once in awhile there is dissatisfaction with maintenance or amenities and people  think they do not have to pay but that is not a legal defense.”

The way in which a board determines how to handle collecting monies that are  past due is always different as respective bylaws dictate the course of action.  In most situations there is a grace period between five and 15 days after the  payment is due which is usually the first of the month. “The grace period is usually set forth in the association’s governing documents,” says Freedman. Since boards are populated by unit owners, it is possible for certain tenants to  be given partisan treatment; however, this is not legal and seriously frowned  upon. “Board members are not able to give preferential treatment to an owner,” adds Freedman.

While most boards have an attorney on retainer, they depend on their management  company to keep them apprised of any delinquencies. This communication chain of  command can add more time to the situation. For example, if a resident misses a  payment, the management company will normally not send a notice to that  resident until the grace period is over, and in some cases will wait weeks  longer. The management company will inform the board at the next monthly  meeting. So before any action can be considered, and providing the resident  didn’t make good on the first missed payment, the delinquent resident will likely  have missed two payments before any serious action is taken.

“It depends but I recommend that a board pick a policy between thirty and sixty  days. After the due date, a notice should be sent no later than thirty days,  but while most boards agree to this they don’t always comply,” says Levine. “There have been late payments of one to two years so obviously it wasn’t correctly addressed.”

On average, residents that do not pay will not pay regardless of mediation  attempts or late payment notices, but there are exceptions. “We work closely with our boards to get authority to deal with these issues,” says Weil. “For example, if the non-payer comes forward and explains that their car broke  down and they used the monthly fee money to fix the car so they can get to work  but want to set up a payment plan, we are amenable to that because it means  they will not fall further into the arrears and we can often forgo any late  payment charges.”

Depending on the board, the rules for collection of delinquent fees are usually  covered in the bylaws or “house rules,” the propriety lease, the offering plan, or management policy. Boards generally  prefer that if a written notice doesn’t spur activity to have the management company call the resident directly. “Some boards will reach a payment arrangement where the owner at a minimum is  paying the current monthly assessments plus an amount to make up any payment in  arrears,” says Freedman. “It is best to require the owner to pay back their arrearage over a period of  less than six months.”

Banks and lending institutions penalize a person for being late on a car loan  payment or credit card payment with a late charge. Most boards also have this  policy in place but often do not immediately enforce it. Their main goal is  trying to recoup monies lost and up and until legal counsel is brought into the  picture, they look to remedy the situation with as little cost as possible.

Levine explains that boards can apply five percent of the delinquent installment  or $25, which is ever the greater of those two mathematical calculations. “Depending on the housing type, the right to charge the late fee depends on the  governing documents,” says Levine. Freedman adds that boards can also charge interest, from 5 percent to 18  percent. “This is set forth in the governing documents for the association,” says Freedman.

During this time period a board that is experiencing a shortfall of funds maybe  be forced to conduct a special assessment to make ends meet, especially in this  economic climate, explains Levine. “Unfortunately, the other owners have to make up the delinquencies. So what many  associations are doing now is creating bad debt reserves. We recommend this  because it not only covers unforeseen expenses but money lost from non paying  owners. Paying owners do like this but that is the reality.”

Ultimately, the old adage of a few bad apples upsetting the apple cart is  realized. Residents are not without recourse in that they can request  information from the board as to who is not making payments. They are not  allowed to harass the delinquent party due to governing laws and other  legislation; however, they are entitled to know why a special assessment was  executed and why their monthly dues increased.

Charging late fees, filing liens and starting foreclosures is the most common  avenue and method to persuade members to pay; however, many associations also  have the ability to suspend privileges to any member in arrears. The theory  being that the assessments pay for those privileges and if a member is not  contributing to the cost of those privileges and/or amenities, then they can be  deprived of the benefit of using them.

According to Lisa Magill, a shareholder attorney in the Fort Lauderdale office  of Becker & Poliakoff, P.A., a number of legal cases have been brought regarding access and  suspension of privileges based upon recently passed Florida condo and HOA  statutes.

The Condominium Act was amended, effective July 1, 2010, to allow associations  to suspend use rights in the event an owner is more than ninety (90) days  delinquent. Section 718.303, Florida Statutes says in part: “If a unit owner is delinquent for more than 90 days in paying a monetary  obligation due to the association, the association may suspend the right of a  unit owner or a unit’s occupant, licensee, or invitee to use common elements, common facilities, or  any other association property until the monetary obligation is paid.”

There is a similar provision in the statutes that govern homeowners'  associations operations, as well. Section 720.305, Florida Statutes likewise  states (in part): “If a member is delinquent for more than 90 days in paying a monetary obligation  due the association, an association may suspend, until such monetary obligation  is paid, the rights of a member or a member’s tenants, guests, or invitees, or both, to use common areas and facilities and  may levy reasonable fines of up to $100 per violation, against any member or  any tenant, guest, or invitee.”

Magill cites a Sun-Sentinel story involving Quail Run, where close to 100 condo  owners were shut out of using the pool, clubhouse and other Quail Run  recreational facilities, even though a very small minority were behind in  paying their maintenance fees.

“Thus, it is evident that the association (whether a condominium association or a  homeowners' association) has certain remedies available to it against a  delinquent owner. The question here is whether this punishment may be imposed  against all owners in a particular sub-association when some are delinquent and  others paid in full,” Magill notes.

The story got national attention in the media and a judge ultimately ruled that  the Boynton Beach condo couldn’t penalize non-delinquent owners. The condo remedied the situation by changing  the locks on its amenities to prevent delinquent owners from accessing the  facilities.

Whenever legal action is taken, it can take months if not over a year or more  for the case to be settled. During this time period, the resident in question can be subjected to restrictions such as the use  of common areas or recreational areas; however, this is often hard to enforce  and requires additional oversight and expense in the way of staff that is  usually not available.  In Florida, the statutes do not permit boards to deny ingress or egress to the complex or take away parking privileges.

“Boards have the right to withhold services, such as use of the facilities but  the trouble is that it only works if you are top amenity building that has  staff in place to enforce the restrictions,” says Weil. “If there is no staff in place, then it becomes the responsibility of the  management company or the board of directors. This is a difficult choice for a  board to make because it doesn’t make economic sense often and might cause more troubles than already exist.”

The nation’s consumer protection agency, the Federal Trade Commission (FTC), is the entity  that enforces the Fair Debt Collection Practices Act (FDCPA). This prohibits  debt collectors from using abusive, unfair, or deceptive practices to collect  from a delinquent party. Under the FDCPA, a debt collector is defined as a  person who regularly collects debts owed to others and includes collection  agencies, lawyers who collect debts on a regular basis, and companies that buy  delinquent debts and then try to collect them, notes the FTA.

“As managers we have to comply with this Act so we can post signs or do anything  that can be considered harassment when trying to collect,” says Weil. “Their names are not publicly published but residents can request the  information. Owners are entitled to see the records. We offer this service  through a web portal for our owners. While residents are entitled to this  information, a board or management company cannot name deadbeats.”

In his experience, Levine explains that when dealing with delinquencies, the  best case scenario for an association is if the person continues to make  mortgage payments while failing to pay monthly assessment fees. “This is usually an owner who doesn’t want to lose the property and will most likely pay in the end,” says Levine. Otherwise, a foreclosure/eviction process unfolds. While timely  and costly, for many associations, it is the only way to cut losses and move  forward. “When a trial judgment for foreclosure is received and the property is sold, the  court puts into the final judgment that the association or investor is entitled  to a writ of possession which means the sheriff can remove the person from the  property at gun point,” says Levine.

W.B. King is a freelance writer and a frequent contributor to The South Florida  Cooperator.