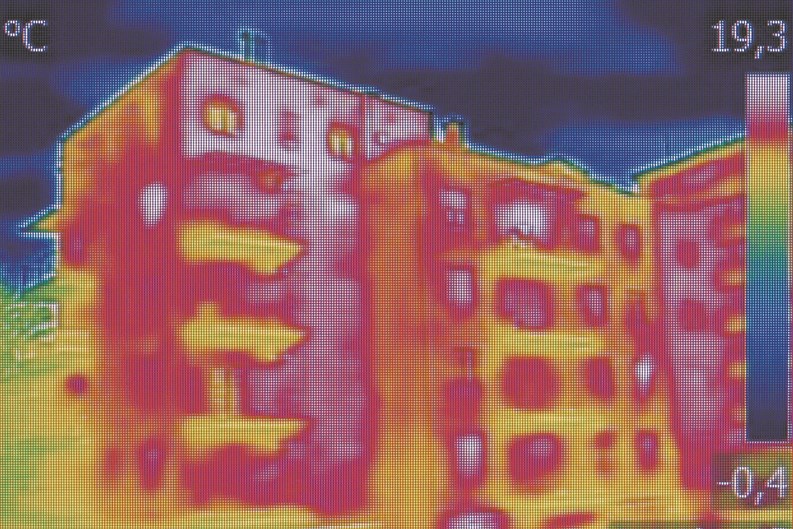 Co-ops and condos routinely undertake major capital projects to improve and update their physical plant with the hopes of both increasing value and cutting expenses. But how about more modest programs to save money in areas that are often overlooked? Perhaps a boiler replacement – a major expense for any building – can be delayed or averted altogether by focusing on improving boiler performance or cutting energy waste in individual units. And that’s just one possible example. Here are some areas to consider to make your building more efficient and to save money.

Broadly, boards and managers should be looking at any building system that uses energy or can affect the efficiency of their building’s envelope. The building envelope is, for all intents and purposes, the physical separator between the climate-conditioned and climate-unconditioned portions of the building, including resistance to air, water, heat, light and noise transfer. In simple terms, it’s the exterior structure: the walls, roof, and foundation that create the cube we call our home. The most obvious systems to focus on are heating and air conditioning (known as HVAC when it’s one unit), insulation (including the roof and exterior walls), the boiler, interior lighting, and any gaps in the structure such as doors and garages that may add to air movement and energy loss.

According to Allison McSherry, an architect and associate at Klein & Hoffman, an architecture and engineering firm with offices in Chicago and Philadelphia, an easy concept to understand – and a good place to start hunting down sneaky energy waste – is uncontrolled air flow. “Old window systems, particularly operative windows, may have missing or failed gaskets,” she says. Gaskets are the strips of rubberized or brush-like material at the top and bottom of the windows that when the window is properly closed, act as a sealant against air entering from outside the building. “The solution can be a simple as replacing the gaskets on the windows,” says McSherry. “They don’t have a super long life and often are not in very good shape.” Unlike the window itself, the gasket has a useful life of years, not decades. “Gaskets should be replaced on a regular basis,” she continues. “You’ll hear about the problem from the residents when there are drafts. That’s the time to replace them.”

Perhaps the most obvious yet still insidious hidden energy waster hides in plain sight: the air conditioner, particularly the window unit. Usually wedged into an ill-fitting space to begin with, and often propped up with a piece of wood and sealed with packing tape, window units can let in hot air in the summer, causing the AC unit to work harder, or let in cold air in the winter, creating drafts and lowering heating efficiency.

“A big part of correcting the problem,” says McSherry, “is to get a good seal around the unit to prevent drafts and air leaks. People should also look for higher efficiency equipment and replace old, obsolete AC units. Many municipalities offer rebate programs for AC unit upgrading. Upgrading a unit may cost a couple hundred dollars, but you get a vast increase in efficiency.”

Another piece of advice from McSherry vis-a-vis window units is not to leave them in the window during the winter months. Remove and clean the units. put them in storage, and reinstall them for the summer. Leaving the units in the window will not only cause drafts, but may well cause damage to the gaskets, shortening their already limited usable life. It may also damage the unit itself.

Through-the-wall units are not a great improvement over window units in terms of efficiency and waste, according to McSherry, though to some extent, that’s dependent on the age of the unit, with older units rarely meeting current energy codes. They can create breaks in the overall building envelope, which is not a big step up from window units, and causes similar problems.

In buildings with central HVAC, the biggest issue is with balance and controls. “A lot of times these building wide units were never properly tested,” says McSherry, “and over time, a building engineer may override something in the system and forget to change it back. When seasons change, the settings are incorrect. The balancing of airflow itself may be off. How much airflow is provided to a particular place versus how much should be there. Some areas can get over-conditioned and others under-conditioned.

One very effective approach to resolving this problem is to have ‘smart’ thermostats in both individual units and for the common areas. These thermostats track individual usage patterns, and can adjust temperatures both for heating and air-conditioning when residents are at home or away. They can also be programmed to heat up when residents wake in the morning, lower when they go to work, and heat up again when they return home in the evening. These controls are relatively easy to install, even in older buildings.

Marcy Kravit, Managing Director of AKAM Property Management in Dania Beach, Florida, says:“There’s a benefit to installing variable speed drives, which adjust airflow speeds in common areas to save on usage. It’s a digital computerized system, a ‘smart’ system, that adjusts relative to demand at any specific time.” She recommends them for common areas in condominium and co-op properties.

No Boiler Is Forever

Another potential source of energy waste and inefficiency is the boiler. It may simply be old and not operating to top efficiency, further complicating energy loss. “A new boiler is an expensive replacement,” says McSherry, “but it’s a huge improvement in efficiency.” Boilers have a useful life of 40 to 50 years, meaning that by 2020, a building constructed in the 1940s should be on its third boiler. “Old boilers are about 80 percent efficient,” McSherry continues. “One put in 50 years ago could be down to 70 percent. New boilers operate at about 92 percent, even up to 95 percent efficiency, gaining a lot of efficiency with heating and with circulating water.”

Other, more minor changes like upgrading the pump or burner, or converting to cleaner fuels such as gas, will save money and lead to less waste as well, but will not accomplish as much as a boiler replacement overall, say the pros. The savings with a new boiler must be analyzed against the cost of the installation to determine if the payback period warrants the project.

Stuart Halper, Vice President at Impact Real Estate Management, which has offices in parts of New York, suggests heat regulators as a relatively low-cost/high-savings option for energy savings in buildings with aging boilers, or any boiler for that matter. “Heat regulators are mechanisms that have sensors and can be placed around the building’s common areas,” he says. “They signal the boiler when to stop and start up again based upon temperature readings and averages. Installation costs around $7,000 to $10,000, depending on the size of the building, but NYSERDA [New York State Energy Research and Development Authority] offers credits for their installation.”

The Building Envelope: A Seal Against Energy Loss

When hunting down points of energy waste, the type of building one lives in is also a consideration. For example, when it comes to building materials themselves, masonry is always more energy-efficient than glass. Up through the 1970s, though, in that era of cheap energy, masonry buildings were seldom if ever built with insulation. Nowadays, new masonry buildings are built with insulation, the first line of defense against energy loss and energy waste.

Over-cladding, the method by which older buildings can be retro-insulated, is an expensive and difficult alternative. According to McSherry, the return-on-investment is often a tough one, as the payback period can be up to 100 years, depending on the extent and cost of the job. For that reason, over-cladding is usually only done in cases of catastrophic failure. McSherry relates the experience of one older masonry building in Chicago where the adjacent building was taken down. The shared wall between the two acted as an insulator. Open to the elements, water began leaking into the building, and serious thermal issues developed. In that case, over-cladding was required to solve the problem.

One of the easiest ways to cut energy waste is to replace old lighting with light-emitting diode (LED) lights. LED is cheaper to operate, and many local energy providers have rebate programs to cover the costs of the LED switchover.

“LED is a no-brainer,” says Halper, “particularly with respect to the decrease in the price of the bulbs. The savings on common area electric bills are significant. It’s also not a labor-intensive process. Incandescent fixtures don’t even require retrofitting. With fluorescents, you do have to remove the ballasts in the fixtures, though.”

Lastly, but certainly not least, is to control airflow in public areas. Uncontrolled airflow through entry doors, garages, and other common area portals sucks energy right out of the building and disperses it to the wind – literally. Vestibules act as a buffer against this invasion of air, particularly in the winter. Think about the many restaurants that install cloth vestibules in front of their entrances throughout the winter months. A building vestibule acts in the same way. If your building has a vestibule, consider installing a system that prevents the inner doors from opening until the outer doors have closed. This small change can dramatically cut uncontrolled airflow at any entrance or exit to your building. If you don’t have a vestibule, consider installing a cloth vestibule at the entrances and exits during the winter months.

While it’s tempting to fixate on the big splashy ways to save on energy costs, the fact is that there are lots of smaller and cheaper ways to reduce waste, cut costs, and be more environmentally conscientious – no matter if your co-op or condo community houses just a few dozen or thousand residents.

A J Sidransky is a staff writer/reporter for The South Florida Cooperator, and a published novelist. 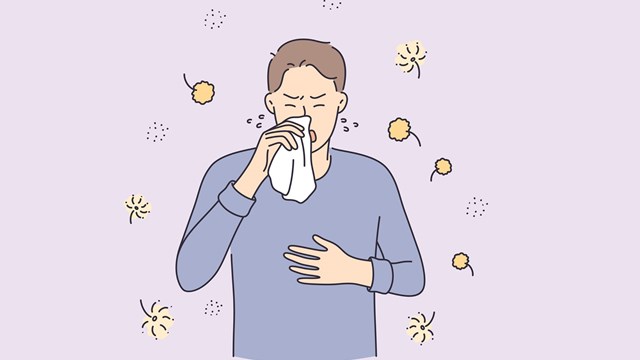 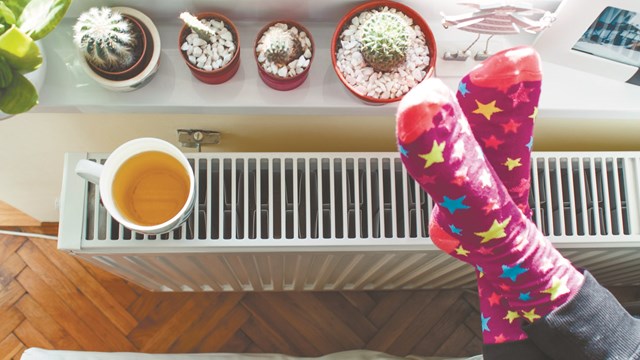 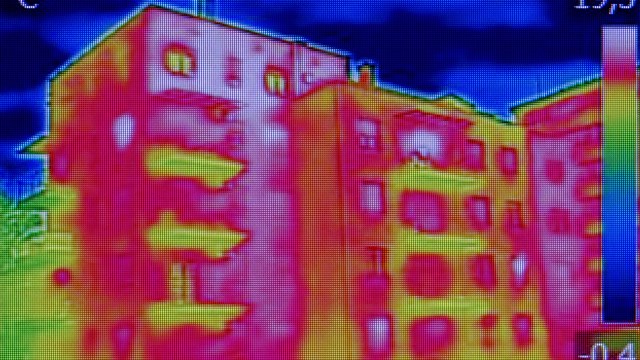