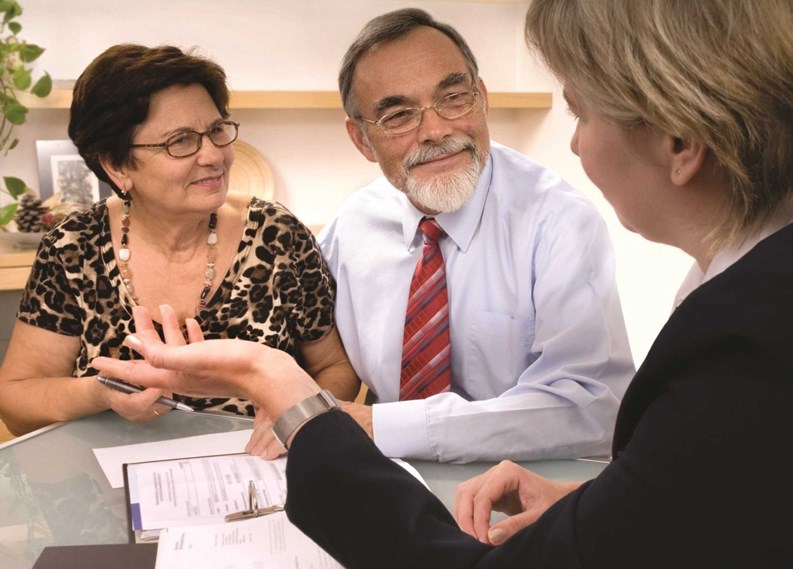 As readers of this publication surely know, well-run condo buildings and HOAs need to have adequate amounts of money in both their operating funds and their reserve funds.

The operating fund covers most of the day-to-day costs of running the property—items like insurance, gardening, management fees, legal fees, paying vendors, staff salaries, purchasing supplies and other expenses that occur on a regular basis.

Reserve funds, on the other hand, cover the repair or replacement of major common elements, from HVAC systems and boilers to roofs to major landscaping projects to repaving roads. In today’s economy, maintaining an adequate reserve fund is more important than ever.

Some associations vote to waive fully funding their reserves. They may say, “Oh, the odds are that this new air-conditioning system won’t break down any time soon,” but if it does and they’re not prepared, they’re going to have a problem. Also, some items—even if they may seem totally adequate now—may become obsolete in 10 years because of advancements in technology, mandating new expenses by the association to keep things up-to-date.

Reserve funds are so important that this writer recently heard of several cases in which well-funded reserves were touted as major sales points for prospective buyers.

What type of bank accounts should operating funds and reserve funds be kept in, since they’re both so important? “Both reserve and operating money,” says Will Simons, RS, the president of Association Reserves in Miami, “should be in low-risk accounts that preserve the principal, such as CD accounts. They can’t put that money in something like the stock market. Different states have different requirements, but the bottom line is that they can’t put that money at risk.”

In addition, as in most financial procedures in general, operating and reserve funds should not be commingled. And if money must be transferred from the reserve account to the association’s operating account, this should not be simply a task that can be accomplished by just one board member, says Mitch Drimmer, the vice president of Association Financial Services/Snap Collections in Miami—at minimum, two board members should be involved with any such transfers. “Operating funds,” he adds, “are typically held in checking accounts, and reserve funds are typically held in a savings account.”

According to Matt Kuisle, Florida client service director at Reserve Advisors, Florida statutes require that a condominium budget contain reserves for roof replacement, building, painting and pavement resurfacing, regardless of the expense. Also, condos are required to have reserves for any other capital expenditure or deferred maintenance item with a cost over $10,000. The Florida administrative code deals with how these reserves should be calculated in Rule 61B-22-005.

Since the reserve fund is considered so important, this begs the question—how does an association decide how much money it needs to hold in its own fund? The usual way is to undertake a reserve study. This study should be done by qualified professionals, such as reserve specialists (a designation developed by the Community Associations Institute or CAI) or professional reserve analysts (a designation developed by the Association of Professional Reserve Analysts). Reserve studies often calculate as much as 30 years into the future.

There are two methods that professionals use to conduct the financial analysis portion of a reserve study, Kuisle explains. One is the “component method,” which takes into account the replacement cost of specific items, such as painting, paving or roofs, as well as how many more years of useful life each component has, to calculate the required contribution into the fund. However, he says, this method doesn’t take into account interest earned or inflation or construction costs. “Obviously, the roof is not going to cost the same seven years from now as it will cost today.”

The “cash flow” method uses the same data as the component method, but it adds construction inflation and interest earned. In this method, all reserves at the end of the year are pooled into one account. “Reserve contributions are adjusted for the next fiscal year, and afterward increase by a nominal inflationary account” says Kuisle. “The benefit of those nominal increases each year is that present and future owners are treated fairly and equitably.”

What are some of the ramifications of inadequate reserve planning, and thus inadequate reserve funding? Aside from not being able to complete necessary repair or replacement projects on time—angering many of the unit owners—there are other ramifications. These can include safety issues, lower resale values, mortgage denial to potential buyers, inability of the association to obtain financing, and more.

If there is a serious physical problem that needs to be fixed immediately and the association doesn’t have adequate reserves, it may be forced to borrow funds at higher interest rates than those offered by traditional banks. And if repairs aren’t done in a timely manner, says Drimmer, the association may be liable for fines or violations from the town, city or community in which it is located.

If work isn’t done on time because of a lack of funding, an existing problem could multiply and cause other problems. “If you don’t have enough money to repair the roof when it needs to be done,” says Simons, “it could compromise the structure underneath the roof. A significant amount of the decking and framework could also have to be replaced if there is too much water damage. If you don’t paint a wood fence on schedule and let it go too many years, it may not be able to be painted—you might be looking at a complete replacement.”

Among the most common ways HOAs or condos can beef up their reserves, if they are running low, is by increasing maintenance fees or passing a special assessment. For obvious reasons, however, these methods might not be appealing to board members.

“Board members may not want to be viewed by their neighbors as the ones raising rates,” adds Drimmer. Even so, raising rates may sometimes be a necessary hardship—in addition to cutting services. “In our communities, depending on the financial situation specifics of a community (which vary dramatically), raising revenue (i.e., increasing maintenance and/or passing special assessments) may be a necessary hardship to properly save funds,” he says.

Loans, especially from community banks, are another option. Banco Popular (also known as Popular Community Bank) in Miami has a program called Popular Association Banking (PAB). This program provides associations with an alternative to allow them to make the repair today while giving the unit owners breathing room to make payments over a 10- or 15-year period without depleting their individual funds, according to Molly Hime, senior vice president and division executive of Popular Association Banking. PAB also offers financing on insurance premiums.

Hime also recommends, especially in these days of increased storms and natural disasters, that associations should develop a comprehensive disaster plan. These plans, she said, should include a contingency line of credit. This would ensure that if a disaster happens, a loan pipeline would already exist for the association to take advantage of.

Her colleague, David Shahrabani, vice president of PAB, describes the criteria that banks, including his own, use when deciding whether to make a loan to a building or association. Among these factors are the number of delinquent unit owners and how much money is in arrears; a reasonable ratio of the amount being loaned to the market value of the unit; and the impact of debt service payments on unit owners’ ability to make their regular monthly maintenance payments.

Also important, says Shahrabani, is a breakdown of the number of units in a development, including how many are owner-occupied, how many are rented and how many are second homes. If many units are owned by the same person, it creates additional risk for the lender. “Concentration of ownership is the ultimate no-no in community association lending,” he says.

Other Ways of Increasing Funds

Bank loans aren’t the only way to raise money other than assessment and raises in the maintenance fee if your development needs more funds. Simons points out that some of his clients, especially resort properties, lease out party rooms or conference rooms for weddings and other gatherings to generate income. “If your property can make money, it’s a nice way to do so,” he says. However, that solution is not available to all associations.

A pooled method of reserve funding, in which two or more of the reserve assets are pooled in one account, can be a good way to prevent financial problems from occurring, Kuisle says. Some associations are afraid to switch to this method because they fear that future boards will make bad decisions with the unrestricted funds. “With a good plan in place,’ he says, “these fears can usually be overcome but it is a tough decision that many boards have to make.”

While experts agree that there’s no real substitute for a good reserve plan based on a study by an accredited professional, sometimes circumstances make it inevitable that other methods, such as the aforementioned bank loans, have to be used to raise funds. For example, Hime cites an example of a city condo development in which the authorities ruled that the balconies were not safe. Not only that, but the residents had to evacuate the building until they were repaired. “The association board was able to go to the unit owners with a loan that allowed for the completion of repairs immediately with a repayment schedule over a period of time,” she said.

In sum, whether you’re looking at reserve studies or relationships with your banker in case you have to take out a loan, it’s important to plan for a rainy day.

Raanan Geberer is a freelance writer and a frequent contributor to The South Florida Cooperator. 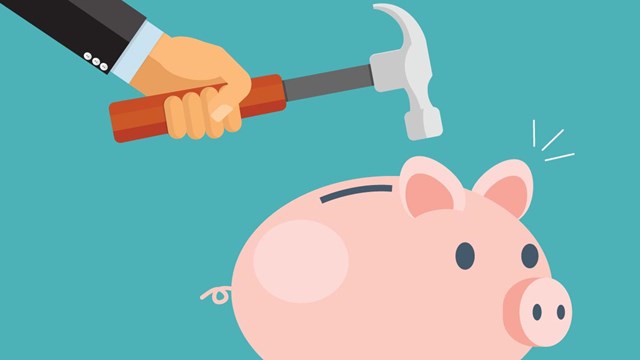 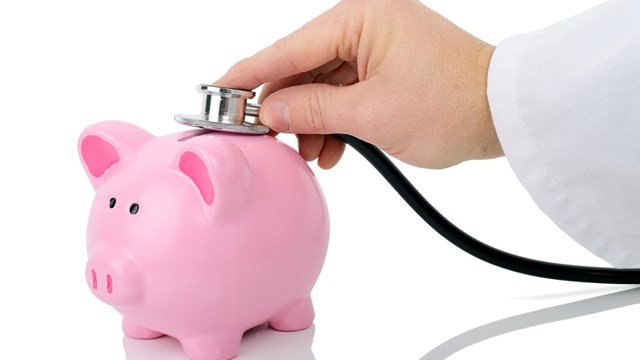