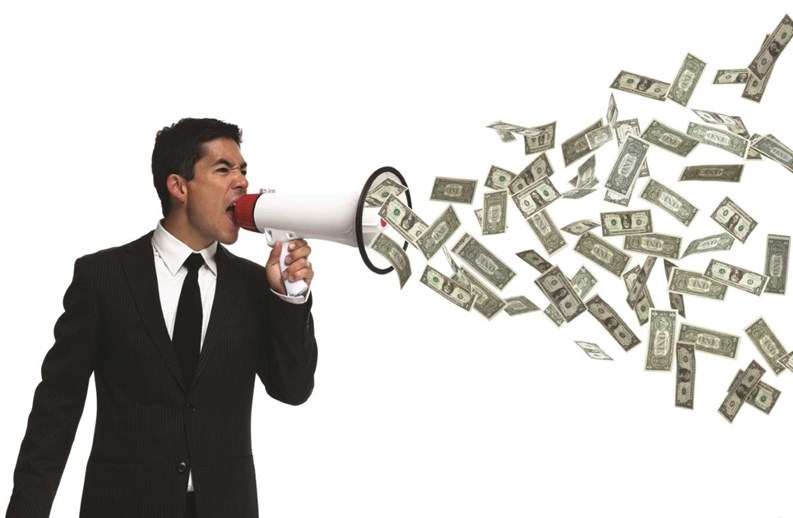 Imagine sitting down with your significant other to pay the monthly bills. You both put your checks into a joint account and know how much there is to take care of expenses, or so you think. Out of his wallet your husband pulls out receipts for a new suit, dinner with his friends and a new part for the beat up old Chevy he’s rebuilding. You add receipts for a manicure, a brand new red dress that’s hanging in your closet and the liquid lunch that you had with your pals from work. Both of you look at the pile, each upset that the other wasn’t notified about all the extra spending, and wondering how you’re going to cover your household bills now.

Money—and the spending of it—is a topic that some people are very skittish about discussing, but when you’re a board member or the property manager of a residential co-op or condo building however, there’s no benefit to skirting financial realities just because they may be difficult or contentious.

Cynthia Graffeo, director of client relations at New York based-Argo Real Estate, says that what information the board shares about the building’s financial information will also depend on what’s been traditionally done in the past for that building.

“Finances are one of the biggest components of the building, so shareholders want to make sure the board is meeting their financial obligations,” says Graffeo. “You want to be open to them with annual financial statements and letters that explain when a board decides to increase the maintenance or do an assessment.”

Not only do condo community residents like administrative transparency in their associations, Florida law actually demands it. According to the Florida State Attorney General’s Office website, “Florida began its tradition of openness back in 1909 with the passage of Chapter 119 of the Florida Statutes or the 'Public Records Law.' This law provides that any records made or received by any public agency in the course of its official business are available for inspection, unless specifically exempted by the Florida Legislature. Florida's Government-in-the-Sunshine Law was enacted in 1967. Today, the 'Sunshine Law' establishes a basic right of access to most meetings of boards, commissions and other governing bodies of state and local governmental agencies or authorities.”

“Under Florida law, community associations have to be open to their owners with regards to the operations of the community,” says Michael Hyman, an attorney and shareholder with the law firm of Siegfried, Rivera, Hyman, Lerner, De La Torre, Mars & Sobel, LLP in Coral Gables. “Every owner has a right to understand how their community government is operating.”

Each month, a financial report should be generated to give the residents and the board an idea of where the building is at from a monetary standpoint. This report compares where the budget is to where it should be. In addition, it also has a listing of all the bills that were paid and the monies that were collected. In other words, anything financial that has happened that month should be in the report.

“If a board decides they don’t want to be really open, they don’t publish their operating budget,” says Graffeo, adding that an operating budget includes such expenses as salaries, taxes, utilities, maintenance fees and insurance. “Residents often don’t understand that it’s a working budget and then have questions and concerns about what’s spent,” she says.

But while it's understandable that a board might not want to have non-board residents peering over their shoulder at every single nickel and dime, being opaque about finances is not the solution. “I’m puzzled when I see a board that is keeping things really close to the vest. I see it fairly often and I find it a little disturbing,” says Christine E. Evans, CMCA, PCAM and regional vice president at Associa, Inc. in Florida.

“Minimally, I feel like there should be something that an owner can get at any given point that says what we’ve spent and what was taken in. I think that maybe because board members are volunteers, they may be a little concerned about the depth of questions from particular unit owners that might have more financial knowledge than they do. They might be asked questions they don’t know the answers to and they don’t want to give the impression that they are not in control.”

A Team of Experts

Most management teams utilize the services of a certified public accountant (CPA) or an accounting firm to complete audits, reviews, budgets and more on a monthly, quarterly or annual basis.

“The independent accountant or auditor is able to be called in as an expert with no personal agenda and if they are experienced in the community association industry, they will usually be able to explain some difficult financial issues such as inter-fund payables and receivables, transfers between funds, trending over the years, how the association compares to others in their area, as well as over several years,” says Brad L. Schneider, CPA and president of CondoCPA, Inc., which has offices in Sarasota, Orlando and Tampa.

“When a special assessment is warranted, I have seen some board members explain why it is necessary, as well as the payment options to the unit owners attending the board meeting, with a Power Point presentation.”

At annual co-op, condo and HOA meetings, the property manager and accounting team present the building’s financials to the unit owners and the shareholders. “We contribute an audited financial statement to summarize the financials and we do a question and answer period,” says Graffeo. “I’ve never been in a situation where those things were not presented at the meeting.”

Again, it's important to exercise good judgment when it comes to what should be transparent and disclosed versus which financial matters should be kept confidential. A resident who's in arrears on their condo fees, for example, should not have that information disclosed to anyone not on the board, or not acting in a professional capacity in service to the board, such as an attorney. In addition, private personnel records of association employees may also be off-limits to non-board personnel.

However, it’s common that there may be a unit owner who is going through a rough patch in his life or other shareholders who are struggling and haven’t paid their fees because they lost their job or have been ill. For example, If Mr. and Mrs. Smith are behind on paying their maintenance fees for whatever reason, should the other owners know? “Delinquencies should not be discussed with anyone but the person who is delinquent,” adds Evans. “The exception may be the employees of the management company who has to deal with accounts receivable.”

Graffeo says that she prints a monthly arrears report that she presents to the board. “In order to avoid litigation and legal fees with someone who is behind on their common charges, we can set up a reasonable payment plan with the unit owner or shareholder first,” she says. “But many times, there is no choice but to start non-payment proceedings. However, I wouldn’t disclose this arrears information to another unit owner or shareholder unless it comes to a point where a foreclosure on a unit with legal action is absolutely necessary,” she says. “I would still respect the owner’s confidentiality whenever possible.”

“Almost all money transactions can be discussed in an open board meeting, but personal information about employees should be discussed in a closed session,” says Schneider. Also, specific unit owner delinquencies and board actions may be reserved for a closed meeting if it includes specific details of the personal finances of the unit owner.”

Graffeo sums it up by saying that in a co-op or condo, everyone shares the cost of the common areas and if someone doesn’t meet their financial obligations everyone has to bear the brunt of it. When a building’s financials go from bad to worse, Graffeo says that full disclosure to the unit owners is necessary. “There should be an obligation to have the operating expenses meet the operating income. There should be a balanced budget, and if there isn’t, it’s important to let the unit owners know.”

Even after the board notifies the unit owners in writing of financial turmoil, a meeting with the residents may still be necessary.

“Let’s say that there is a major structural repair that needs to be done,” says Graffeo. “It is a hidden condition, but it’s going to cost the building $1 million to do it, but there’s no reserve money. If any money that’s coming in can’t meet the expenses an assessment needs to be done and a plan of action needs to be created, such as obtaining a loan. This plan needs to be put into place and disclosed to the shareholders and unit owners. They should receive a summary of how the board expects to make the repair and that an assessment will be coming down the line in the near future. It’s all about disclosure for people to understand exactly what’s going on.”

To keep a building in the black, Graffeo says that her prep work for a budget begins in the late fall of the previous year.

“If a building’s fiscal year runs from January to December, we do a projected budget in the fall that’s...used by the board and sent out to the community,” she says. “If there’s a suggested increase in maintenance or common charges, we send out a letter with an explanation of why. Argo produces monthly management reports, so on at least a monthly basis there is transparency on the building’s financials. We also include a summarized copy of a working budget.”

The purpose of an annual resident meeting is to adopt the budget, and includes a presentation of the CPA's annual report. The unit owner or shareholder meeting may, or may not, be open to all building members but be aware that some members may come to the meeting with their own agenda. 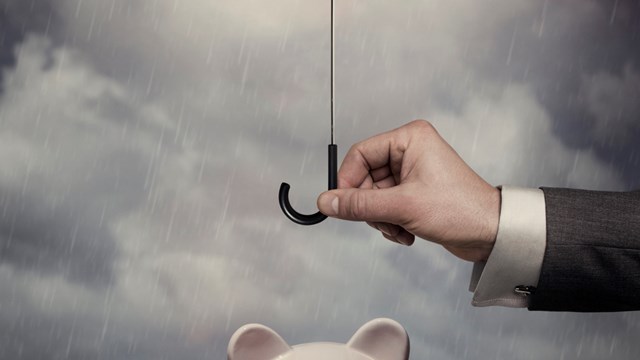 Sheila Schaberick on Tapping Reserves in a Time of Financial Crisis:
Information on work rules especially during the High Season in Florida
Skip Pope on Pay Up!:
I have at least 4 canceled checks from 3 years ago which have cleared the bank yet are not included on the ledger of homeowners association…
mavis gellerman on Money Talks:
I have a question not a comment. At the end of the month if my condo is lucky there is often a balance. Which in the past has just been ca…
Larry A on In The Black:
FS 718 defines common surplus as the excess revenue over expense. FS 718 also defines the excess revenue as the owners money. For budgeting…
George Petrello on Budgeting and the Bottom Line:
I believe examining the external environment during every year's budget planning process is an important factor as well. For example: what i…