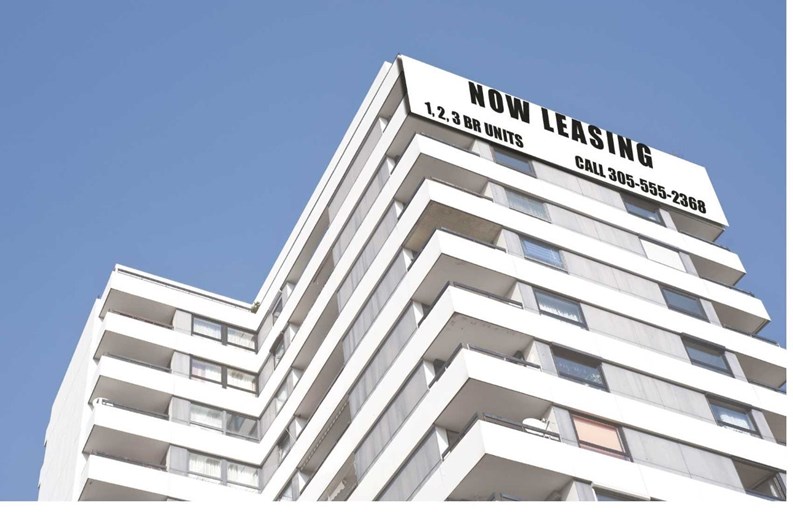 As the housing market in many parts of the country has floundered, many developers have taken creative approaches to stanch the outward flow of cash. In many markets, this means opting to convert portions of developments originally intended as condo units into rental properties.

When a condo with no units sold converts to rental, it's not such a big deal, but when there are fully-vested owners who have purchased their units living side-by-side with rental tenants— or when unit owners rent out their apartments as income properties—the situation can become more complicated. “Commonly, but not in all circumstances, tenants do not have the same sense of investment in the community as owners do so as a result they are more liable to flagrantly violate the rules,”says Steven Cohen, vice president of A&N Management in Boca Raton.

The increasing number of renters in many South Florida may create unfamiliar and unpleasant situations amongst owners and management. Thankfully, there are legal mechanisms in place to protect current condo owners, developers and landlords to make sure the transition is done as smoothly as possible.

In Florida, there is no data looking at how many of the condos have been turned into rental buildings or rental units, but Gary Poliakoff, founding principal of Becker & Poliakoff in Fort Lauderdale, and co-author of New Neighborhoods: The Consumer’s Guide to Condominium, Co-op and HOA Living, says there are currently hundreds of thousands of units in Florida that are in the process of being foreclosed—and need cash as soon as possible.

“As a result, many communities which had previously passed amendments restricting rentals, are now amending their documents to allow both transient and long-term rentals,” Poliakoff says. “The primary users of these new rights—the associations which while waiting for the banks to take possession, in some cases not before several years pass—are renting units themselves.”

And since developers and unit owners can get the biggest bang for their buck if they are financially able to rent until the market turns around, that’s what many try to do.

Ducks in a Row

Before turning the condos into rentals, however, the associations must take some legal steps. They have to pass new amendments allowing for renters, which require calling special meetings and getting the requisite vote of the unit owners. The vote required depends on the individual documents, ranging from a majority of all unit owners to a super majority, which is two-thirds or 75 percent, Poliakoff says.

Legal issues may also arise if the building has rental caps or establishes rental caps, which can prevent further rentals—or which may force the owners to sell off their units or move into them within a certain time period.

While legally, it may not be such a big issue for a developer or owner to decide to rent, there are other aspects to consider.

If the developer had intended the building to be comprised of luxury condos—and added super high-end amenities and fixtures—he or she may want the rentals to be marketed as super-luxe rentals rather than temporarily installing more modest appliances in the units for the renters.

First, the developer or owner has to consider the cost of getting rid of—and storing—the high-end appliances until the real estate market turns around. There’s also the additional cost of buying lower-end fixtures.

So many of the unit owners and developers choose to leave the high-end amenities to their benefit to attract tenants willing and able to rent at a higher monthly rate, says Sue Carpenter, chief executive officer of Community Management Professionals, Inc. in Orlando.

But typically, it’s paid to whomever owns the unit. An association would only receive rent through the board or the board’s agent if the owner directed it to be paid that way—which is highly unlikely—or if the association gained possession by legal action and received a court order allowing them to collect rent to settle unpaid assessments.

In Florida, if a unit owner is more than 90 days delinquent, the association is granted the statutory right to send notice to the unit owner and tenant, demanding that the full rent be paid to the association, Poliakoff says.

Once the rent is arranged, the renters have to make sure they’re being treated just as fairly as the owners.

Under Florida law, if a unit is rented, then the tenant, absent of provisions in the lease to the contrary, has all the rights of unit ownership to the exclusion of the unit owner, Poliakoff says. So the unit owner can’t take advantage of his beachfront condo while it’s being leased unless the renter allows the owner onto his temporary property.

And unless the association says otherwise, the renter would be allowed to use all the amenities, including the gym and common areas that the owner would have been allowed to use.

“The rights would be equal, but responsibilities would be different, because owners would have to ensure that tenants abide by condo rules, and owners have to pay the assessments,” Carpenter says.

Who addresses the concerns of the rental tenants depends on the nature of the situation. “If there's a tenant with a valid lease and there's a problem with the interior of the unit, anything on the inside is usually the responsibility of the unit owner so the tenant would go to the owner so situations such as the appliances not working or plumbing leaks,” says Cohen.

On the other hand, if there is a problem with the exterior—for example, the elevator is not operational—the tenant would go to the management company, Cohen adds. If there are day-to-day concerns of the rental tenants in the co-op or condo building, then the owner or owner’s agent would take care of them. Management would only handle the issues that concerned the common or limited common areas.

Another big issue is the renters themselves, and the tension between renters and other owners in the building. Since renters know they won’t be in the building forever, they may not comply with quiet hour rules, and they may have less respect for the common elements of the building than those who own their units and have a vested interest in keeping the building clean and well-maintained.

Plus, some owners don’t like to have renters in their building for the simple reason that having rental tenants affects the ability to get mortgage money if the percentage of units being rented rather than owned is too high.

On the flip side, many renters complain that they are looked down upon by the unit owners, and in some cases are not permitted to join social clubs or attend social functions geared to the unit owners, Poliakoff says.

Out With the Bad

If a building has a bad rental tenant, the board and management have a few different options.

“But one question which the courts have not fully come to grips with is the right of the association to evict a ‘bad’ tenant,” Poliakoff says. “Most require the association to bring an action against the unit owner who is forced to join the tenant in the action.”

While there is often animosity between the renters and other owners, there are local resources available to help. The Community Associations Institute (CAI), various management organizations, workshops and seminars typically have a segment dealing with rentals and renters, which help make it possible to have a good renter-owner relationship

If everyone is on the same page regarding the rights, the needs and the opportunities that renters could bring to a building—even if they’re temporary—it’s possible for everyone to live respectfully and in harmony. But the building and its tenants need to be prepared for every situation—good or bad.

Danielle Braff is a freelance writer and a frequent contributor to The South Florida Cooperator.. Editorial Assistant Maggie Puniewska contributed to this article.