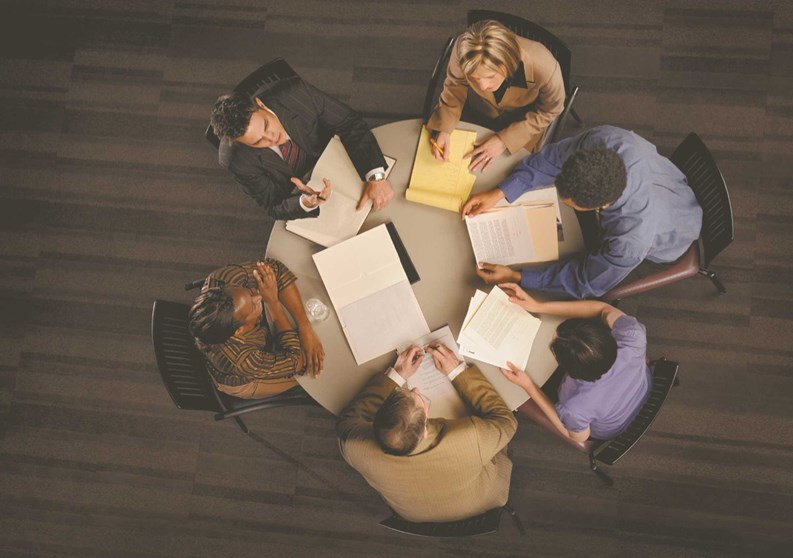 If you live in a condo or a co-op, you’ve probably noticed that your building has at least one annual unit owner or  shareholder meeting each year.

It’s not random. The annual meeting is actually a Florida state-mandated law that  requires cooperative corporations and condominium associations to meet one a  year to do their annual public elections. It’s incredibly important that all buildings follow this rule—so that every owner and board member has a say and a vote and can control what happens in their building.

Since the annual meeting is mandated by the state of Florida, there are many  rules that have to be upheld, but there are also ways to make it run smoothly  and efficiently to avoid conflicts and problems.

The entire purpose of the meeting is to vote for directors, who must be elected  at large from amongst the owners—though most of the time, the annual meeting’s agenda also covers building finances, assessments and repair matters.

In Florida, the annual meeting date is indicated in each individual building’s articles or bylaws. While the condo act requires that there be an annual  meeting every year, the documents don’t specify the specific date for each building, says Jay Steven Levine, attorney,  founder and president of Jay Steven Levine law group based in Boca Raton and  Palm Beach Gardens.

But if a meeting is not held within 13 months before the previous meeting, then  the building’s owners have the right to force the meeting. While anyone may file a lawsuit to  force a meeting, there isn’t necessarily a penalty for not having one.

There are also rules dictating how the owners are informed of the annual  meetings. Each owner must receive a notice 14 days before the meeting by mail  or personal delivery. Newer buildings are starting to send notices via e-mail,  but they can only do this legally if the owner receiving the e-mail consented  to receiving e-mails through writing. Some buildings also require notice by  certified mail.

That means that simply posting the notice in the mailroom or in the lobby isn’t sufficient, says Gary Poliakoff, an attorney and adjunct law professor at Nova  Southeastern University, and co-author of New Neighborhoods: The Consumer’s Guide to Condominium, Co-op and HOA Living.

Each building operates differently, and there are no requirements as to who  specifically needs to attend the annual meeting.

The board doesn’t have to attend, but they will typically come and sit at the head table, Levine  says. Usually, the board president will chair the meeting, and while there are  no strict rules, they need to make a quorum.

Since many managers are licensed and have taken many courses, they’ll typically be there to oversee the wedding. If the board foresees issues, the  attorney may want to attend, and if there are financial problems, the  accountant should be invited, Levine says.

It all depends on the needs of the building, says Scott E. Gordon, a partner in  the law firm of Lutz, Bobo, Telfair, Eastman, Gabel & Lee with offices in Sarasota and Tallahassee.

“Most of the associations I work with don’t ask me to attend—nor do they ask their accountant to be present—but I am requested to attend at least two or three annual meetings each year,” Gordon says. “If an association’s board anticipates legal or financial questions arising at the annual meeting,  or just want to attempt to keep its unit owners on their best behavior, it’s not a bad idea to have one or more members of the association’s team of professionals present. I’ve found that my presence quite often helps an association conduct its annual  meeting in a peaceful and orderly manner even when one or more controversial  issues are being faced by that community.”

While the law doesn’t require specific people to attend the meeting, it does mandate how many people  have to be there in order for it to be official. In fact, if there aren’t enough people there, votes can’t be taken, and issues can’t be resolved via voting, Gordon says.

One Man, One Vote

Florida statutes governing condo and co-op associations provide that there is no  quorum requirement to elect the association’s directors, but the directors can’t be validly elected until at least 20 percent of the unit owners cast a ballot  in person.

Voting at an annual election is only done by a written ballot/sealed envelope system or by voting machine. Having another person stand in for you and cast a vote on your behalf is not allowed. To cast a vote in the election, a unit owner must write their name, unit number and signature on the outside of the outer envelope. They must select their chosen candidates using the ballot (nothing else is to be written on the ballot, no write-in candidates are allowed) and place the ballot in the inner envelope. The inner envelope(s) must be placed into the outer envelope and should be mailed or hand-delivered to the association/ property manager. Unit owners may cast their votes using the same process at the annual meeting up to the point that outer envelopes begin to be opened. Once a ballot is submitted, it cannot be rescinded or changed.

When you can’t attend the meeting, you can still find out everything that happened, and there are various ways of doing that. You can request minutes from the meeting to  find out the motions, although it may take weeks or months until the minutes are compiled and assembled. Or, you can look for a newsletter which may  highlight the key points of the meeting.

Some newer buildings—or those with high-tech board members—may even record the meeting so you can hear or see it over the Internet in real  time or a few days after it’s concluded.

In those minutes, owners can expect to see the results of the mandated election.  But the meeting may cover more than just the elections.

Since the annual meeting is the time when the majority of the building is  gathered together, it’s also the perfect time to discuss big issues. The financial status of the  association may be on the agenda, as well as an overview of the major projects  accomplished that year and planned for the following year, Poliakoff says.

There may be a roll-over provision for excess funds in the operating budget for  the next year, and there should be a time reserved at the end of the meeting  for questions and answers.

Typically, a building will take advantage of the annual meeting, and use it for  a state of the building and state of the finances address, Poliakoff says.

And while the meeting may be long, and will probably cover various issues, it’s rarely disorganized because the annual meeting follows an agenda similar to a  modified Robert’s Rules of Order.

“Bylaws typically set the order and what’s to be done,” Levine says. “Robert’s Rules of Order only applies if the bylaws or articles say so. But they can  also use them as a guide,” he says.

It may seem hectic, but board members and owners can prepare for the meeting  prior to the actual time to familiarize themselves with what will happen. The agenda will be mailed out ahead of time, so you’ll know the order of events and the planned discussions.

Since the purpose of the meeting is an election, the best step that the board  can take is to allow people sufficient time to submit their nominations, and  have the nominees submit a form outlining their qualifications in advance so  owners can have a good idea as to the candidates and their qualifications,  Poliakoff says.

Read the material that’s been submitted about the candidates running for office, and you’ll be prepared to place your vote at the meeting, he suggests.

Sometimes, however, meetings will take place behind closed doors. The annual  meeting will always be public, but there are some subjects that may be  discussed privately, and would have privacy protection.

Florida’s statutes governing condo and co-op associations provide that there are only a  few specific instances when a board can meet in private, Gordon says.

“In general, unless the board is meeting with the association’s attorney, with respect to proposed or pending litigation, when that meeting is  held for the purpose of seeking and rendering legal advice, all unit owners are  entitled to notice of the meeting and are entitled to attend the meeting,” he says.

If they want, the owners also have the right to call a special meeting to talk  about whatever they want to discuss, Levine says, though this is a rare  occurrence. The building’s owners simply have to submit a petition signed by whatever percentage of the  owners is dictated in the bylaws—and again, each building will have a different percentage requirement.

Once the percentage requirement is met, the owners can have as many meetings as  their hearts and their schedules desire.

Danielle Braff is a freelance writer and a frequent contributor to The South  Florida Cooperator.