Do not show again [X]
By Jonathan Barnes   2013 December Security 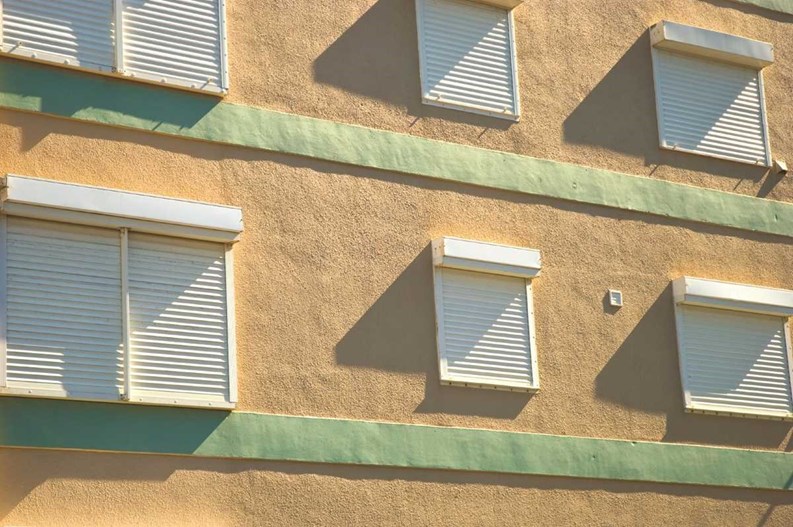 In South Florida, windows don't need to have a ton of bells and whistles that keep winter air out. They're mostly there for a window's primary purpose: to see the outside, and to feel, and smell some fresh air when weather permits. But, if you're on the coast in areas prone to hurricane winds, there are special building codes and regulations that involve impact testing. Windows just aren't something people think much about since most of the knowledge and wherewithal falls with contractors and engineers, who follow guidelines and regulations during the initial construction of a building, or a major renovation that re quires new windows.

Sometimes, windows just need to be replaced, especially if they are outdated and no longer perform their function well. But how do you tell? With a bit of knowledge, co-op and condo residents can be aware of the money being saved or lost as a result of the type of windows they have. With that knowledge, they can plan accordingly.

Many older high-rise buildings have large single-glazed windows, with small operable window units at the bottom for ventilation, or curtain wall window systems. Other condo buildings are low-rises, with an average height of two to eight floors, many of whom have windows that are double-hung. The main differential in window use comes between ground-floor windows and higher ones. “In Florida, in general, we have to deal with fallout. You need to make sure that if you're in a high-rise building or anything over a first story, you need to have a 42-inch fixed element or guard, or not have access to anything. That way a child or a pet can't fall out,” says Dan Sandoval, vice president of Wind Ready, Inc. in Miami.

Windows in low-rise buildings often can be improved with new vinyl or aluminum replacement windows. Due to the large amount of manufacturing companies, the cost of those windows is relatively low and replacement is simple, easy and doesn’t create any special problems for the board or the unit owner, if he or she is responsible for replacement.

And while sometimes an old window must be repaired or replaced, simple maintenance can help a lot in the meantime. One simple way to improve energy conservation in a condo is to completely close the windows, especially in South Florida where central air conditioning units are so common.

Maintaining windows in a co-op or condo building means being vigilant about how your home is functioning. If you can’t sit comfortably by your window in the summer, it means you’ve got a leakage problem. While noticing that your windows are leaking is pretty obvious, finding the right contractor to do the work of repairing or replacing them isn’t as obvious. “After years of use and abuse without any maintenance, many windows cannot be completely closed, leaving gaps through which heating and cooling escape. Repairing and replacing hardware like window hinges, locks, lifters and weather stripping often is the most cost-efficient investment in energy conservation a building’s management can take,” says Ryszard Borys, president of Signa System, Inc., a window restoration company based in the Midwest. Experts say the best way to start that search is with recommendations by people who have already had such work done. Also, pick a company that has been in business for at least a decade.

When it is needed, any time of year is good for installing windows. The only problem is in late fall, winter and early spring, such work could be inconvenient for residents. Thankfully, the nice weather in the winter in South Florida doesn't cause any temperature-related limitations on when and how window replacements are installed.

Knowing when to replace your windows isn't always as obvious. If your home is 15 years or older it's a good time to check and make sure your windows are still operating efficiently. If you have trouble opening or closing your windows, or the glass fogs up from the inside of double pane windows, chances are they need to be replaced. Obviously, air and water leakage into the home through the windows also is another indicator that replacement is needed.

Some older buildings also have windows that don't fall under more modern regulations. “For example, we did a hotel and their windows were below the fallout threshold. We had to have a custom-made aluminum railing piece that was installed on the inside of the unit, and in essence had to follow railing regulations so that you had a horizontal bar every four inches up to that 42-inch mark. And structural anchor those into the walls. You had to have those approved by the engineering process. That's relatively common in situations like that,” says Sandoval.

One major consideration in South Florida is protection against severe storms. In 1992, the Florida Legislature amended the Condominium Act (under Section 718.113), to mandate that every board of directors of a condominium approve hurricane shutter specifications and allow owners to install hurricane shutters meeting those specifications, according to Attorney William G. Morris of Marco Island. The only limit on specifications is that they meet or exceed the applicable building code.

In regards to windows, Morris continues that, according to Section 718.113(5)(a), “the statute also provides that the board of directors may install hurricane shutters, impact glass or other code compliant windows or hurricane protection that equals or exceeds the applicable building code,” but that only applies, he adds, “if approved by a majority of voting interests of the condominium.”

The International Building Code, the standard for all local and state codes across the country, says that window guards should be installed where the window sill of an operable window is 72 inches above the finished grade (or floor). Windows that extend between the floor and a height of 24 inches should be fixed or have openings through which a 4-inch-diameter sphere cannot pass. In Florida, that height is 42 inches. If your building doesn't fall within those guidelines, unfortunately your options are limited. You can fasten aluminum bars to the window up to the 42-inch point to make sure nothing can fall through below that height, or renovate the entire wall and window.

But there is a rare compromise that is admittedly costly. “I did know about a window that was once approved that had a piece of fallout glass, it was a horizontal rolling window. And they would actually glaze another piece of glaze outside of the frame. So when you would operate your window you could see right through it, but you in essence had a frameless glass railing. It was a very creative solution, and less unsightly, but terribly expensive,” says Sandoval.

Many older homes still have windows with single-pane glass that is not energy efficient. Even though Floridians often don't have to worry about heat escaping their homes, they do have to worry about cool air leaking into the outside, which causes the air conditioning system to work harder and use up more energy.

Sometimes, a resident can get a few more years out of his or her windows, which can be a good thing, especially if the building doesn't have money to replace them. A treatment which retrofits old single-pane windows to make them double- or triple-pane windows, is one way to get the most out of a window without replacing it (and cheaper than replacement, too).

Maintaining windows so that they perform well is important, for both comfort and energy efficiency. But another aspect of window upkeep often is forgotten by residents: installing window guards. While Florida doesn’t have specific requirements for window guards, officials can look into an incident in which a child fell or was hurt due to improper implementation of safety codes in an apartment. That’s why industry experts say the best course is to be safe and install the guards in windows in apartments in which children age 10 or under live or visit.

It's a good idea if a residential building’s management require the devices, which cost about $20 and are easy to install. He also advises that property managers fine residents who don’t install them. In New York City, where window guards are serious business to city officials, some buildings keep a stockpile of new window guards on hand to install for residents.

Jonathan Barnes is a freelance writer and regular contributor to The South Florida Cooperator.