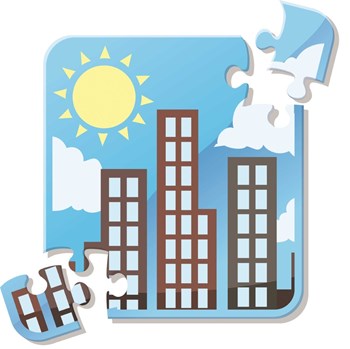 The building blocks of all homeowner’s associations are the community's respective bylaws, administrative documents and house rules. Equally important are legal documents that define critical information and other action items, such as terms of occupancy and procedures for the purchase and sale of units. If these legal documents are not expertly handled, or are outdated and vague, big problems can ensue.

“The most fundamental documents are the declaration of condominium—which, in the case of a homeowners association, includes the articles of incorporation, bylaws and rules and regulations for the association,” says Attorney Robert M. Kesten, of counsel, at the law firm of Leslie Robert Evans & Associates, P.A. in Palm Beach. “The bylaws, rules and regulations and articles of incorporation are normally filed with the Department of Business & Professional Regulation (DBPR) for approval and once approved they are filed with the county clerk of the county the building project is located.”

Attorney Jed L. Frankel, a shareholder attorney in the law firm of Eisinger, Brown, Lewis, Frankel & Chaiet, P.A. in Hollywood, likens the condominium association’s declaration to the U.S. Constitution. “It sets up the framework for the association and cannot be changed by a rule passed by the board; that can only be done through an amendment passed by a super-majority vote.”

Frankel explains that the corporate paperwork—the articles of incorporation and bylaws—generally establishes the powers and duties of the condominium association, and must be consistent with the declaration.

“The rules and regulations typically establish guidelines for day-to-day activities,” he says. “This would include such things as requiring certain dress in lobby areas and establishing the hours that pools and other recreational facilities are open. Rules that are contrary to the declaration are void and unenforceable. For example, if a declaration specifically allows pets, a rule that attempted to prohibit pets would be invalid.”

To be clear, Kesten notes that a Certificate of Occupancy (C of O) is not a document that is part of the development package. Rather, it is an agreement between the local or county building department and the homeowner or unit owner. The document, he says, is not part of the foundational paperwork for a community.

“In the case of a condominium, the association would need to have the Certificate of Occupancy before selling an already-built unit,” says Kesten. “Normally when buying into a new development from the developer, the receipt by the developer of the certificate would trigger the closing on a unit or home.”

While the C of O is a necessity when starting the project, Jay Steven Levine, president and owner of the Levine Law Group in Boca Raton and Palm Beach Gardens, says it quickly loses importance. “The fundamental documents in order of priority are: the declaration, the articles of incorporation/charter, and then the bylaws. Subservient to them would be board rules and architectural guidelines, but these have the least level of importance.”

While the time frame may vary from project to project, a developer’s attorney, accountant and property manager or managing agent contribute to the drafting of applicable documents. If it is a conversion project, an engineer is often involved in the process as well.

“The declaration, corporate documents and initial rules and regulations are drafted by the developer,” notes Frankel. “The developer must submit the declaration to the Department of Business & Professional Regulation for review and approval. That review is generally for consistency and not to determine whether a declaration contains bad provisions that should be rejected. After the DBPR approves the declaration, the developer records it in the county where the subject real property is located, and at that point the condominium is created.”

Since the developer is guiding the process, Levine says the documents are geared towards a business transaction: develop the property quickly, sell the units, and move on to the next project. “Most of the time, the drafter is not really thinking about the operation of the association,” says Levine. “The developer has to run the association during the sale period, and a slow sales period could leave a developer in control for years. In my experience, developers' counsel often doesn’t pay enough attention to the association’s documents.”

While a rare occurrence, a Certificate of Occupancy, and/or documents drafted to obtain one and declarations can have errors that could slow the development process. In some cases, it is human error and in other instances it could be a function of changing laws or simply being outdated.

Kesten says there are instances where declarations and other legal documents necessary for developmental approval will have errors such as typos and scrivener’s errors. “Normally the declaration provides a mechanism for those types of errors to be corrected either by the developer or by the community once it is turned over to the association by the developer,” he says.

In Levine’s experience, the majority of documents do not have “fundamental” critical errors that require a statutory procedure to amend those inconsistencies. “Usually there will be a covenant that is not clear—it’s vague. We have to review the documents and apply rules of construction. These documents are contracts, so contract law comes into play. When there are inconsistencies, you have to try and make the best sense, and if you cannot make it clear, the benefit goes to the owner and against the association.”

In many cases, the reason declaration provisions become obsolete or are in need of updating is because when developers draft the documents, they are not necessarily concerned about the long-term operation of the association. “The only way to handle such situations is to amend the declaration, either removing or modifying its provisions in the process,” says Frankel. “Such an amendment requires a super-majority vote, which is often difficult to get.”

And while minor errors are often easily mediated, other document-related inconsistencies cause serious problems. For example, a declaration might contain the incorrect number of units with a developer failing to build all the contemplated units, notes Frankel.

“This can lead to problems when trying to determine whether there is a quorum for meeting/voting purposes and setting annual budgets,” says Frankel. “More recently we have seen documents that waive an association’s right to collect past due assessments from someone who acquires title to a unit through a foreclosure by a first mortgagee. Obviously, such a provision is not in the association’s best interest.”

While documents do become outdated due to changing laws, Kesten notes that the most significant changes in the law make provisions to ensure the change is deemed part of the declaration even if it is not contained in the declaration. He adds that a community usually does not change to such a degree that the documents would no longer reflect that community's reality. For example, he says, a 55-and-older community is not likely to morph into a non-55-and-older community.

“I have dealt with some communities that have a no pet policy, and certain board members decide that they want pets to be allowed. In an instance like that, an amendment to the declaration, bylaws and other recorded documents would have to be passed by a 75 percent vote of the entire community for that amendment to become part of the documents,” says Kesten. “If the amendment passes, then a Certificate of Amendment is recorded with the county clerk, the amendment becomes part of the community's documents and the change goes into effect.”

If a change in the law is considered procedural, changes to that law apply retroactively. However, a change that is substantive in nature cannot apply retroactively. “Sometimes it’s not always obvious and there are gray areas,” says Levine. “We do a fair amount of document rewrites. We will bring the new laws into the new document. It’s like if you had a 1980 rule book, you would be rightly concerned whether to rely on it. With the changes of law in the new document, the board members can read the documents and not have to call me as often because the changes are now in there.”

Given that the U.S. is a litigious society, there are cases where errors or mistakes in declarations and related documents call for legal action. And while most minor mistakes or errors can be too costly to fix (and conversely be interpreted to a logical conclusion), there are situations where action is warranted. For example, if a declaration is incomplete or incorrect, it may significantly impair the association’s ability to amend that document as the community changes.

In some cases, board members are unaware that a problem with the document exists. As a result, boards will act in strict compliance with its governing documents, while simultaneously acting improperly due to certain terms no longer being valid. If a board deems it necessary to amend the documents, it then becomes a matter of politics as the a two-thirds vote is required to make any changes. This is often a tough sell to unit owners not wanting to pay for the legal fees, unless the error is egregious.

“A lot of times boards do want to spend the money to amend documents,” says Levine. “When I find an inconsistency within a document, we always recommend that an association amend those sections to make them consistent, and not to rely on a rule of construction or to rely on a judge who might make a bad decision.”

For boards and managers, it is recommended to get a legal “checkup” every so often to ensure that respective documents are accounted for, as well as also being complete and accurate. “A board and its management team should make sure that they have a complete set of the association’s constituent documents, including any amendments, and review them with the assistance of counsel to make sure that they are complete and meet the community’s present needs,” says Frankel.