Do not show again [X]
By Mike Odenthal   2017 December Security 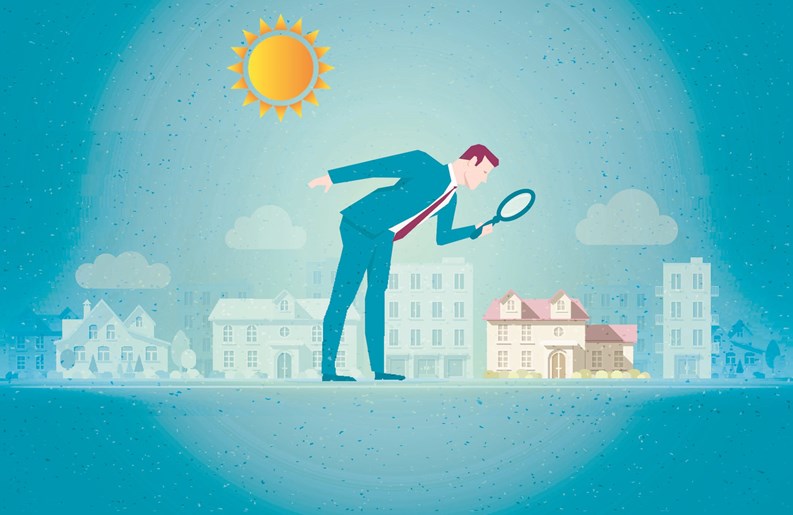 Whether living in a crowded high-rise or a sprawling suburban community, when it comes to condos, co-ops and homeowners’ associations, safety is paramount. From management to the board to fellow residents, it falls to everyone to show concern for their fellow neighbor. It also, oftentimes, is the literal law of the land, as compliance with many safety standards is mandated both locally and federally. It’s imperative that an association be intimately familiar with these standards, the schedules by which building components need to be inspected and evaluated, and the outside vendors that, when necessary, must be called upon to ensure that everything is in working order.

It falls within a board’s fiduciary duty to maintain, repair and replace common elements in a condo, or common areas in a non-condo, according to Howard S. Dakoff, a partner in the Community Associations Practice Group of Levenfeld Pearlstein in Chicago. This means implementing best practices with a managing agent to maintain the components to extend their useful life. Everything that a board does in regard to safety and inspections should reflect these general principles.

“I incorporate inspections into an annual management plan by identifying the various needed services and then scheduling them as appropriate,” says Stephen DiNocco, a principal with Affinity Realty & Property Management in Boston. “This includes all central services, fire safety equipment and security features.”

Doug Weinstein, vice president of the Project Management Group of AKAM Living Services, which has dual headquarters in Dania Beach and New York City, uses elevators as an example for how best to approach inspections. “There are mandated elevator inspections that have to occur, whether that be on a yearly basis, every three years, five years... whatever a particular code dictates,” Weinstein offers. “In addition, whether you’re dealing with an elevator or a boiler or any piece of equipment that requires a mandated safety inspection, you have to confirm that it’s included in the maintenance agreement with the relevant vendor. And what’s more: it’s not enough to be included in the agreement; you have to ensure that the maintenance is being performed.

“What we try to do as managers is to create – for lack of a better term – a tickler file for all of these to ensure that an association is on top of their vendors, and that the vendors are performing whatever needs be performed to carry out that inspection and get a permit, or whatever it may be in an individual case, renewed,” Weinstein continues.

In order to achieve a safe space for residents, staff, visitors and anyone else who may find themselves strolling by, it’s imperative that a board find the right vendor for a particular job.

Oftentimes, as DiNocco acknowledges, it can fall to the property manager to ascertain what needs be maintained and who is appropriate to do so. “The property manager should be able to make a recommendation based upon personnel skill and experience, as well as the size of the project and necessary funding,” he says.

Weinstein agrees. “The key really is to make sure that the manager knows when inspections are due and when permits must need be renewed, then follow up on that. Don’t assume that a vendor is going to do it on their own.”

Depending on what needs to be inspected or repaired and its uniformity, vendors may be in abundance, but, in specialized situations, an association may find them scarce. Asking similar-sized associations for recommendations can help in the latter scenario.

Returning to the earlier elevator example, Weinstein suggests looking into the type of buildings a vendor has worked with in the past. “Do they mostly gear toward commercial high-rise office buildings? Or do they deal with your association’s type of residential property?

“Also, with elevator service companies, they have a group of mechanics that work territories,” Weinstein adds. “So what you want to ask is, how many buildings in your particular area your building in is do they handle?”

And, in regard to scheduling inspections or service, Weinstein recommends a “90-30-60 schedule.”

“Start bugging them 90 days before something is due,” he advises. “Then follow up at 60 days, and if need be, stress the urgency if you reach 30 days. Hopefully that’s the last time you’ll need to remind them.”

While in the suburbs, the likelihood that something will come careening off a building exterior and strike a passerby is minimal—but in the city, it is a major concern. Anything that can cause an injury, whether it from the aforementioned scenario, a trip-and-fall, or anything else that can afflict a person of any age must be considered and its safety maximized.

New York City, in fact, has a Facade Inspection & Safety Program, or FISP (previously known as Local Law 11) that specifically addresses inspections for buildings of six stories or higher, but taller buildings everywhere should be treated with extreme caution. Oftentimes, it’s the things that one cannot see that prove the most dangerous.

“You can’t even squint and see that high,” says Wayne Bellet, owner of the New York City-based Bellet Construction Company, Inc., in regard to some facade protrusions. “I’d rather renovate a lobby, or do something aesthetically pleasing that everyone can enjoy. You don’t see those upper walls, but God forbid you don’t do the work and something of a life-safety matter occurs.”

In regard to what’s of vital import, Bellet directs associations away from things like peeling paint or brittle caulking to items like displaced masonry or failing masonry joints. “Unsafe things that are going to kill us, big or small,” as Bellet puts it.

“I recommend that my clients get a three-ring binder and take photographs of the areas that they’re monitoring whenever the seasons change,” he suggests. “It doesn’t take much; it’s four times per year. “You don’t need to rush into anything unless there’s an obvious cause, but keep an eye on the areas that concern you most. And I don’t mean just the facade; I mean the rooftop as well as the sidewalk. Curbs, driveways, door step-ups, railings... any component of the exterior of a building needs to be monitored, because it ages. This is unfortunate, but it’s realistic.”

While constant monitoring and maintenance would be the safest option for any association, that’s rarely feasible, either in terms of time or money. A board must prioritize maintenance and work in accordance with its budget. But waiting too long to perform necessary work can lead to bigger headaches down the road.

“Boards can defer maintenance, but it needs to avoid doing so for too long in a way that costs extra money or inflicts extra pain,” warns Dakoff. “And it can happen. Sometimes a board will defer a major capital project. Think an exterior, masonry, roofs, windows. When they defer a year, they don’t pay anything during that year, but the costs of labor tend to increase annually, and same for materials. So there’s already an incremental cost to deferring. And when that scale tips too far, it can actually cause an entirely different type of damage. For example, a roof can start leaking. A board has a fiduciary duty to implement best practices to extend the useful life of its major building components, which means the mechanical and exterior. I’ve written about decisions boards make during tough financial times that can be problematic. And deferring necessary maintenance may absolutely become a breach of fiduciary duty.”

Bellet compares it to visiting the dentist. “You can postpone the more expensive things, but sooner or later it’s gotta get done. And there are simple things that equate to brushing and flossing, that may be annoying, but can help avoid rot, like caulking, or scraping metal and painting it thoroughly with primers and high-end paint.”

Finally, should a board find itself at a loss as to how often things need to be maintained and inspected, DiNocco notes that there are resources available. “Check equipment manuals and warranties; contact government agencies,” he recommends. So help is out there. Stay safe!